We’ve all seen the headlines: The Pension Benefit Guaranty Corporation (PBGC) multiemployer plan program is running out of money because it is helping so many plans, and a number of multiemployer plans have asked the Treasury for permission to reduce benefits under the Multiemployer Pension Reform Act (MPRA).

But, according to Zane Dalal, executive vice president of Benefit Programs Administration (BPA), who is based in Los Angeles, the industry needs to take a balanced view.

First of all, the multiemployer (or Taft-Hartley) plan market is large. Dalal notes that as of 2014, there were 2,671 multiemployer plans—1,403 defined benefit (DB) and 1,268 defined contribution (DC). Taft-Hartley plans not only include a DB plan, but many times also a health plan, and Dalal says, in many cases a DC plan is offered as a supplement to the DB plan, not as a replacement.

David Brenner, national director of multiemployer consulting with Segal Consulting, who is based in Boston, says the reason there isn’t more current information is it comes from Form 5500 data. “By the time we get information, it is 12 to 18 months out of date,” he says.

SVP and actuary Diane Gleave with Segal Consulting, who is based in New York City, says the number of plans can decline because some plans terminate and some plans merge. But, Taft-Hartley plans are not going the way of the dinosaur. “We are seeing some new plans being created in some instances. For example, pieces of plans can be transferred out of a current plan to a new plan, subject to regulatory requirements that have to be satisfied,” she notes.

Brenner adds that new plans are being created in the building and construction industries.

And most plans are doing well. The latest Survey of Plans’ Zone Status from Segal Consulting shows that a majority of multiemployer plans are still in the green zone. The survey found 64% of plans are in the green zone, while the percentage of plans in the yellow zone and red zone remained stable at 11% and 25%, respectively. These numbers are virtually unchanged compared to data for the previous 12-month period.

Gleave says many plans are even thriving, so multiemployer plans’ situation is not as dire as reports indicate, though she concedes there are a significant number of participants in distressed plans.

“The majority of plans we work with are in the yellow or green zone, and funding is improving,” Brenner says. “The boards of trustees for these plans look at the big picture and look at their world and have begun to ask questions about alternatives to what they are doing. The majority of plans out there are stable and well-run and have tremendous futures. They are challenged with the legacy of bad market returns and for the most part are stepping up to deal with it. They are working with investment consultants to see if there are new and different ways to invest; working with actuaries and consultants to think about costs; considering subsidies they provide now whether to reduce them; and whether they should shift from only a DB plan to that plus a companion DC plan.”

As with any retirement plan type, multiemployer plans are subject to market volatility. According to a report from Horizon Actuarial Services, LLC, at the height of the financial collapse in 2008, the median investment return for multiemployer DB plans was -23.5%. However, the median annualized return was about 5.6% over the 10-year period from 2005 through 2014, and the 2014 median investment return was 6.3%.

According to Dalal, there are two other struggles multiemployer plans face. One is a change in the workforce. “Millennials’ representation in this old, union model is not as good as it should be,” he notes. In addition, the Pension Protection Act’s multiemployer plan provisions were meant to create more transparency and more policing. “But, when the government is involved, good people doing the right thing have a load of reporting placed on them. Instead of making things transparent, the PPA created an extra costly burden coming out of retirement funds,” Dalal says.

“The Taft-Hartley model is not dissimilar to Social Security. The idea of having enough actives contributing what will be required by retirees is not something we have control of,” Dalal adds. And, he notes that the whole populous is living longer—the amount retirees will continue to collect is something multiemployer plans need to consider.

For Brenner and Gleave, it’s all about the economy. Brenner says for some plans in critical and declining status, it’s not that their being badly managed or making bad investment decisions, it’s about the economy. He notes that many construction companies in the Midwest haven’t recovered from a downturn in the economy. Many have not seen a resurgence in the particular industries in which they work. Other industries have fled the United States, and for others, deregulation, such as for teamster plans, have hurt them. He explains that back in the 1980s, the trucking industry was highly regulated. The government began the process of deregulating, which introduced much more competition and growth of a non-union trucking sector, which has penalized historic, legacy trucking firms.

NEXT: The future for multiemployer plans

For plans going forward, Gleave says there are three levers: asset allocation; plan management of what benefits are being provided and the costs and how to manage that; and a look at plan design provisions to see if a shared-risk design is better able to withstand volatility.

She explains that shared risk is a broad category with a lot of different options. It could be something as simple as if the plan meets certain targets, participants will have a benefit accrual of ‘x’ dollars, but if not, they will have an accrual of ‘y’ dollars. On the other extreme is truly variable plan design; benefits that have been accrued can vary based on certain metrics.

Gleave notes that the National Coordinating Committee for Multiemployer Plans (NCCMP) has proposed a composite plan, viewed as shared-risk design that could be used if enacted. It is a concept of shared risk between the plan, participants and employer members.

Dalal says the multiemployer plan market has solutions to take care of administration and investments, new rules and legal compliance, research on demographics, participant services, and cybersecurity. “We’re already there, unions just need to be willing to change and add components such as health savings accounts (HSAs), health reimbursement arrangements (HRAs), multiemployer welfare arrangements (MEWAs), and financial wellness. The idea is to get people to come in to a rich, resource-ready club.

Unions need to tweak plans so Millennials say ‘That’s a good deal to me.’ “For some reason, in the modern world the word ‘union’ seems to have a negative connotation. It’s up to unions to change that; to show they are not adversarial to employers, but are about participants having resources to do things for themselves. Millennials are people that will need this and expect it for a long retirement,” Dalal says.

“Millions will retire well with these plans, and the plans are not going away. The industry doesn’t want to lose sight of that,” Brenner concludes. 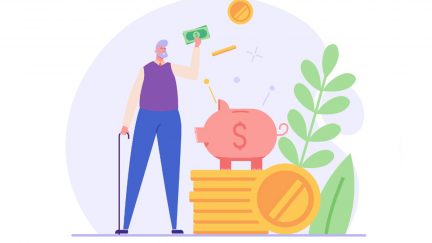 PBGC data shows the multiemployer program had liabilities of $67.3 billion and assets of $2.2 billion as of September 30,...

Corporate funds led gains for the second quarter of 2017, according to the Wilshire TUCS.
SPONSORED MESSAGE — SCROLL FOR MORE CONTENT