It was only last August that the “old” Department of Labor (DOL) released its final ruling on state-run individual retirement accounts (IRA)s. The new rule was designed to assist states that are planning to or have already enacted laws requiring employers that do not offer workplace savings arrangements to automatically enroll their employees in payroll deduction IRAs administered by the states. It also applies to states that have enacted laws creating a marketplace of retirement savings options geared at employers that do not offer workplace plans.

Important to note, the entirety of the joint resolution could fit in two tweets and simply states that “Congress disapproves the rule submitted by the Department of Labor relating to Savings Arrangements Established by Qualified State Political Subdivisions for Non-Governmental Employees, and such rule shall have no force or effect.” The resolution language does not speak whatsoever to any effort to actually get the rulemaking off the books.

As such, it seems the Congress is more interested in dialing back the federal government’s active encouragement of states to create retirement plans to aide private sector workers whose employers do not offer savings opportunities—rather than somehow actually prohibiting individual states from creating their own retirement savings marketplaces, should they so desire. In this way the resolution may not end up having such a dramatic effect, but like a lot of other regulatory activity in Washington, this will take some time to fully play out.

The resolution probably is not surprising to readers: When the Obama-era DOL first put out the rulemaking there was some significant criticism, but many retirement industry professionals and observers viewed the rules at least somewhat positively, based on the fact that there is clear evidence that simply permitting an individual to save via payroll deductions can be a major boon to their retirement outlook. Still, the Republicans in Congress remain eager to overturn and reverse whatever Obama-driven regulations they possibly can.

Similar language has already been introduced in the House: In early February Representative Tim Walberg, R-Michigan, chairman of the U.S. House Subcommittee on Health, Employment, Labor, and Pensions, and Representative Francis Rooney, R-Florida, introduced two resolutions of disapproval to block the same regulations.

Effect of the Biden Administration on Health and Retirement Benefits

The Basics of Terminating a DC Plan 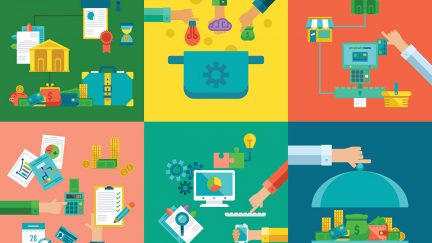 Some View EBSA Income Projections as Too ‘Prescriptive’

Recordkeepers and asset managers want more flexibility in terms of how their clients generate newly mandated lifetime income projections on...

PSNC 2020: Preston Rutledge’s Inside View of the DOL