Some people have called COVID-19 “the great equalizer”—a disease capable of sickening any member of society, no matter their age, race or wealth. But studies show the reality is anything but equal.

According to the EPI, black employees make up about one in six front-line workers in areas of employment including grocery, public transit, trucking, warehouse, postal service and health care, making them more likely to contract the virus. These workers are required to perform their duties without the comfort of remote work and, therefore, face higher exposure.

“You had socioeconomic diversity show its impact in that black and brown communities tend to have a number of factors that make them more susceptible to the strongest outcome of an infection. That leads to a disproportionate amount of deaths,” notes Corie Pauling, head of inclusion and diversity at TIAA. “Just from the standpoint of employment, the pandemic really showed a bit of have/have not in terms of not being able to make a living and what risks presented along the line of socioeconomic considerations.”

Other studies highlighted wealth inequalities that have long been deep-rooted in race and ethnicity and are now exacerbated by the pandemic. A new study from Northwestern University and Duke University researchers sourced data on consumer finances from the Federal Reserve to survey family wealth from 2004 to 2016, finding that for every dollar of accumulated wealth that white households had, black households had only one cent. In a Brookings analysis from this year, the net worth of an average white household stood at $171,000—nearly 10 times higher than that of an average black household, at $17,150. As a result, black households are more likely to have trouble covering an unexpected $400 expense, a Federal Reserve survey found.

These vast inequalities extend to retirement savings, investment options, Social Security and a worker’s post-employment lifestyle. A 2016 Federal Reserve study found 60% of white families have at least one retirement account, while just 34% of black families do. Comparable figures stood for ownership of equities; 60% of white families held equities, while about 30% of black and Hispanic families did. Because workers with lower earnings are less likely to work jobs with access to retirement savings plans or to participate in these plans, many employees are left to fund their post-employment years themselves or choose to never retire.

As workers continue to navigate the effects of COVID-19, whether that means continued high unemployment rates or low-income growth, those who have more financial stress to begin with stand to face more lasting economic damage. Given that black workers are likelier to face financial stress because of the disproportionate divide, the damage to their long-term financial security is expected to be greater than that experienced by others.

Retirement industry practitioners will be eagerly watching the House and Senate for progress on the SECURE Act 2.0 and related... 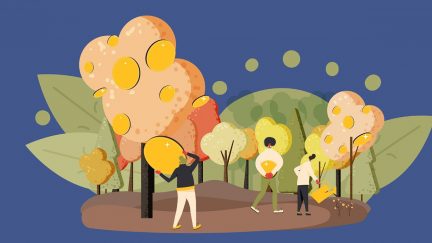 Research and real-life experience show that framing amounts employees need to save in smaller bits can help them increase and...

The Center for Retirement Research says half of American households are at risk of not being able to live at...
SPONSORED MESSAGE — SCROLL FOR MORE CONTENT