As reports of employee layoffs and furloughs are increasing, some may wonder, “What’s the difference?”

Retirement plan sponsors should keep in mind that the IRS may consider a partial termination of the plan has occurred if a company undergoes layoffs, but not furloughs, attorneys say.

“Companies tend to use the terms interchangeably, which is why it can be confusing,” says Lorie Maring, a partner at Fisher Phillips. “A furlough is not intended to be a permanent separation of work. A company might ask employees to take a week off, or reduce the work week from five days to four, as a way of avoiding a layoff.”

With a layoff, employers may intend for it to be temporary, hoping that they will rehire the workers at some point in the future, Maring says. But what actually happens will determine whether a partial plan termination is triggered.

“Then there is the ‘reduction in force,’” she adds. “This is the clear message that a worker is being terminated and not coming back.”

The IRS views cases where there is a true separation from employment of 20% or more of the employees participating in the retirement plan in a plan year as a partial plan termination, Maring says.

“In a partial termination of a plan,” says Kevin Brown, a partner with McCarter & English’s Employee Benefits and Executive Compensation Practice, “the benefits to the participants being terminated become fully vested. If the company match and profit sharing contributions in the plan were not otherwise vested, in the case of a termination, they would be.” Accounts for participants who voluntarily terminated during the plan year also become 100% vested.

Maring says that while there is “no bright line test” that the IRS applies to the number of retirement plan participants being terminated, she has generally found it to be 20% or more. However, Brown says, it can be as little as 10%.

Stephen Ferszt, practice group leader for employee benefits at Olshan Frome Wolosky, says, “In determining whether there could be a partial termination of a qualified retirement plan resulting from some form of an employee’s separation from service, the first thing that you need to examine is how the plan counts an employee’s service. Is it counting actual hours of service performance? Is it using an elapsed time method, or some other method? The IRS’s bottom-line decision is based on an analysis of all facts and circumstances.”

COVID-19’s Effect on Retirement Savings Could Be Long-Lasting

This threatens older workers' retirement security, says a report from The New School, in which it makes policy suggestions. 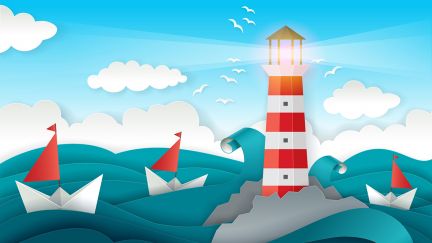 When the pandemic is financially and emotionally affecting employees, they need access to sound reasoning.

COVID-19 Has Low Impact on Nonqualified Plan Design and Administration

A majority of plan sponsors reported no need to review their plans in response to the pandemic, and very few...
SPONSORED MESSAGE — SCROLL FOR MORE CONTENT