To administer the retirement plan correctly, it’s important to know what the plan document says, Smith notes. “The vast majority of issues I come across happen because the administrator didn’t understand the plan provisions,” she says. “A common example is the definition of compensation [in the plan document]. The administrator must know this to make sure payroll is coded correctly and that payroll is transferring the correct data to the plan’s recordkeeper about the type of compensation and when it was paid. Bonuses, commissions and equity payments can trip things up.”

Smith says plan eligibility and entry dates are other areas where she sees mistakes being made. “Not understanding what the plan document says about whether participants can enter the plan immediately or whether they have a waiting period can create major headaches down the road,” she says.

Leisha Gosling, new business consultant at Retirement Management Services LLC (RMS), says she believes plan sponsors should have a written administrative policy, and much of that policy will be dictated by the plan document.

The administrative policy will tell who is responsible for what, including whether the plan sponsor or a certain vendor is responsible for administrative-related services. The policy should state who is going to monitor the plan to make sure procedures are done correctly. “For example, will the plan sponsor or the payroll vendor check to make sure deferrals are deposited on time?” she queries.

“Once that is all defined and everyone knows who is going to do what, there should not be any surprises operationally,” Gosling says.

Each plan is different and uses different providers—for example, some plan sponsors bundle services with one provider and others don’t—so the administrative policy will be tailored to each plan, Gosling says. The policy is also shaped by what the plan document says.

Since the administrative policy is tied to what the plan document says, it should be updated when a plan amendment is implemented. But Gosling says it is also best practice to review the policy if there is a provider change or a tax law change and, in general, once every three years or so.

Plan sponsors should make sure they have a team of outside providers they can depend on, Smith says. “Make sure providers have knowledgeable people internally to monitor the plan,” she says. “Plan sponsors should also have a good relationship with the recordkeeper where it is easy to get on the phone and track plan terms and get questions answered as they arise.”

Joel Mee, senior director of retirement plan sales at The Standard, says one of the most obvious things plan sponsors can do to avoid operational errors is make sure there is data integration between the payroll provider and the plan recordkeeper. “There should be a direct transfer to the recordkeeper of participant census data and financial information such as compensation, contribution amounts and loan repayments,” he says. “And, 360 data integration would include transferring data from the recordkeeper back to the payroll provider, for example, when a participant changes his deferral rate. This removes the human element, for the most part, so there is less chance of error.”

Mee says he believes plan sponsors should partner with a provider whose services are powered by rigorous data technology. Plan sponsors should ask what providers are doing to verify the accuracy of data and how often they review participant data for discrepancies. “Historically, recordkeepers or third-party administrators [TPAs] would look at data once a year when they perform nondiscrimination testing or fill out the plan’s Form 5500. But now, providers have tech or processes, or both, in place to verify the accuracy of the payroll file while it’s being submitted and to raise a red flag when an issue occurs,” he says.

Mee cites a common example of a loan repayment included in the payroll file when the participant has already paid off his loan. “If payroll doesn’t stop payment deductions when the loan is paid off, and it is not caught until a later date, it’s an administrative headache to get the money back out of the plan and to the participant,” he says. “A provider with technology that prevents money from coming into the plan when it doesn’t belong helps avoid operational errors.” Mee offers a similar example of a participant contribution transferred to the recordkeeper via the payroll file when the employee is not yet eligible to participate in the plan.

Mee says something surprisingly common that wreaks havoc—when there’s a dearth of good data technology—is the use of an Excel file to transfer payroll data. “Some plan sponsors still extract data from the payroll provider and manipulate the data on an Excel sheet before sending it to the recordkeeper,” he says. “If the plan sponsor inadvertently shifts data down a row, everyone would have the wrong address, contribution amount, etc. This is very tenuous to clean up, so recordkeepers should validate data with each payroll file.”

In a blog post on RMS’ website, Gosling say an administrative policy should not only define the roles of those responsible for the plan’s administration and related services, but it should also establish provider selection procedures and criteria, provider monitoring procedures, and procedures for replacing service providers that fail to satisfy established objectives.

It’s a fiduciary duty to monitor retirement plan providers, so Gosling says plan sponsors should make sure vendors are doing everything that was promised. “And, if the administrative policy says the payroll provider will send information to the recordkeeper within a certain time period, make sure it is doing so,” she adds. “Make sure, if a participant changes his deferral online, it is being changed timely on payroll. Some plan sponsors think that by hiring a provider they don’t have to do these things, but they need to stay on top of it.”

Smith adds that large-size plans often also engage fiduciary investment advisers or managers. “Plan sponsors should understand what that person does or doesn’t do,” she says.

Plans that have more than 100 participants should also make sure they have an accounting firm they can rely on for financial audits, Smith says. “The key is going with someone who is primarily tasked with ERISA plan audits,” she states. “It’s not uncommon for some smaller firms to pivot to retirement plan audits in the summer as a seasonal practice, but we like to see clients work with auditors that specialize in ERISA audits, not dabble in it.”

Smith adds that the more auditors know about retirement plans, the more they’ll be able to catch things. “We see operational errors come to light in audits every year,” she says. “It’s the first or second most common way issues get caught—maybe behind a recordkeeper conversion.”

“Hiring providers that know what they’re doing, provide good service and do what they say they will do, that will stop operational errors,” Gosling says.

However, plan sponsors shouldn’t wait for something to be caught on a plan audit, Smith points out. They should do checks throughout the year.

“Plan sponsors often think that with providers in place, they won’t have to worry about operations anymore, but that’s not true,” she says. “No one knows plan operations better than the plan sponsor. Just relying on samples the auditor will pull is insufficient. We like to have clients run spot checks and have processes in place for internal operational audits.”

Mee says great retirement plan administration is all about good data going in and good data coming out. “The source of data is usually that payroll file,” he says. “Plan sponsors should make sure there is a process to get accurate and complete payroll data to plan providers and that providers have technology or processes in place to validate the data.”

Smith says checklists and fix-it guides on the IRS website can be useful. “I really like the IRS’ and DOL’s plan sponsor resources,” she says. “They’ve made a good effort at distilling the rules and giving plan sponsors the opportunity to learn about retirement plans and what they should be doing.”

Plan sponsors should have a good ERISA attorney available when questions come up, Smith suggests. “They won’t talk to the attorney all the time, but having someone to call when more technical issues come to light is important,” she says. 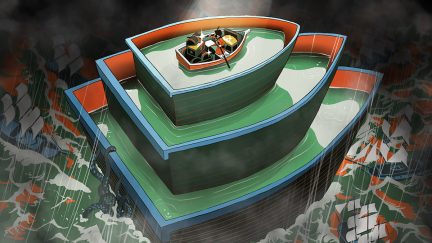 The primary distinction is that sponsors can design safe harbor plans to avoid having to perform nondiscrimination and top-heavy testing. 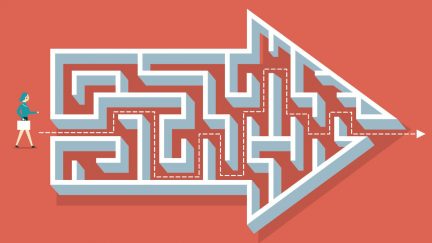 You’ve Overpaid Retirement Benefits to a Participant … Now What?

Overpayments are more common than many sponsors think; they should understand the steps they can take to get the money... 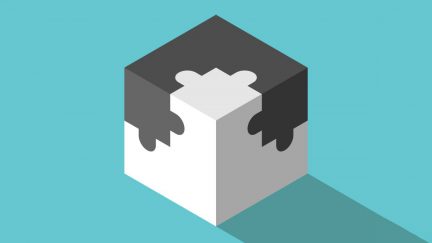 What to know about the DB plan with DC plan features.
SPONSORED MESSAGE — SCROLL FOR MORE CONTENT

« The Argument to Save Pensions by Saving Unions