More workers are expecting the pandemic to shape their financial future.

A study by Travis Credit Union found 73% of young workers believe COVID-19 will alter their financial habits moving forward. Already, 43% of these workers reported they are planning to contribute more to their savings, 39% are planning on building an emergency savings fund and 28% are looking to add more to their 401(k) plan.

“People are dealing with furloughs and layoffs for the first time in their lives. The threat of losing your job is really coming to the forefront with a lot of people,” explains Matt Zajechowski, outreach team lead for Digital Third Coast, a marketing and search agency that helped administer the study. “It will impact how people are saving moving forward in terms of frequency, the amount they’re putting away and being more aware of the fact that it’s really important to have these savings and emergency funds.”

As a response to this shift and to alleviate financial stress among younger workers, a Buck study found larger numbers of employers are offering financial well-being programs. Forty percent of plan sponsors indicated that “addressing financial stress” is their main motive for increasing voluntary benefit promotion, compared with just 16% of companies in 2017.

“Even before the COVID-19 pandemic hit, companies were deeply aware of the financial stress many Americans struggle with every day,” says Tom Kelly, principal and voluntary benefits leader in Buck’s Health practice. “Hourly and Millennial workers are seen to be most in need, and we’re seeing a renewed focus on voluntary benefits as a way to move employees from financial instability to stability and ultimately to enhanced financial peace of mind.”

The Buck findings showed more workers are prioritizing short-term needs, such as budgeting and saving (68%), credit card debt (66%) and unexpected medical expenses (59%), rather than long-term outlooks such as retirement. Travis Credit Union’s study reported more employees are focused on paying down their credit card debt than student loans. Zajechowski says this might be due to an absence of student loan debt education among younger workers, or because some are holding out hope for student loan forgiveness programs.

“A lot of it is not realizing the impact and the amount of money that is accumulating with student loans to credit card debt,” he adds. “Monthly statements, the stuff that you’re buying is really fresh in your mind. This idea of a student loan, being such a big purchase, there are some people who hope it will be forgiven in the future. It just seems a lot less pressing and immediate to some people rather than credit card debt. That’s a reason why some people are slightly prioritizing short-term debt as opposed to long-term debt.”

Yet almost half of employers in the Buck study are directing educational efforts to Millennials, now the largest generation in the workforce. Sixty-three percent of employers noted they are determined to add benefits in the future, with some saying that they wanted to combat student loan debt with offerings such as student loan guidance and refinancing (20% of employers) and student loan repayment options (18% of employers).

While plan sponsors in the study emphasized the juggle younger workers face—balancing student loans, consumer debt and lack of emergency and retirement savings—many Millennials showed an emphasis toward saving for their long-term future. Right under saving for a house, the Travis Credit Union report showed 26% of younger employees are saving for their retirement, even before travel (11%), a car (8%), education (8%) and a wedding (2%). Past reports have indicated that Millennials and Generation Z workers are prioritizing funds for their future, and at a much earlier age then their Generation X and Baby Boomer colleagues did.

Even though he says retirement savings are a positive trend among younger workers, Zajechowski credits some of this popularity to the wide adoption of automatic enrollment options used by employers. For employees who automatically give to a retirement account, the established 401(k) contribution taken out of every paycheck may be the reason behind increased savings.

“Retirement can also be a fixed expense for these workers,” Zajechowski says. “There are some people who maybe haven’t even thought about it.”

The mass implementation of auto-features could be attributed to a past emphasis on long-term financial security. Due to the pandemic, Buck expects employers to shift toward short-term needs and even voluntary benefits. While an emphasis on budgeting, saving, credit card debt, absorbing financial shocks and student loans rose by double-digits among employers, just 38% of those surveyed in the Buck study said they would prioritize retirement readiness, the same amount as in 2017.

“Financial well-being is clearly a top priority for employers,” says Brian Stitzel, U.S. health practice leader for Buck. “Now, as we navigate the impact of COVID-19 on the U.S. economy, it’s even more critical. Workers who’ve had wages reduced, been furloughed or re-hired after a period of unemployment may need extra support. And employers recognize that using voluntary benefits to help meet these employee needs can benefit their organization by lowering costs and increasing loyalty.” 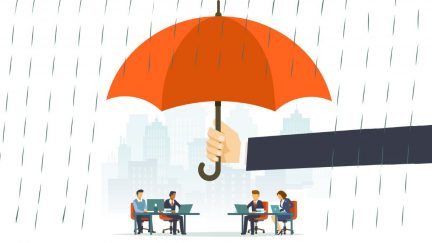 Studies show employers are offering access to financial products and tools, as well as financial advisers, and many plan to...