Five years ago, Hendrick Motorsports, in Charlotte, North Carolina,  started thinking more seriously about its 401(k) plan’s health. “It became clear to me that 401(k) plans, as implemented at the time, would not provide adequate assets for our employees,” Chief Financial Officer (CFO) Scott Lampe says. “People were not saving enough, early enough, and their investment decisions were too passive.”

Lampe saw the business case for improving plan health for Hendrick Motorsports’ 401(k). “I am convinced that employees who have a solid financial foundation will be more effective in their job. They will have less stress in their life and will be more focused at work,” he says. “As folks get older, they are in a better position to retire and give opportunities for our younger employees. That transition creates motivation for our younger staff and creates a situation where we appreciate the experience of our older employees while we anticipate what the younger ones can offer.”

‘What Are We Doing?’

The 600-employee work force at Hendrick Motorsports—whose popular NASCAR drivers have included Dale Earnhardt Jr., Jeff Gordon and Jimmie Johnson—has diverse demographics. “Our employees have a wide range of jobs, from builders and fabricators of our race cars, up to Ph.D.-level engineers who design the cars,” says Human Resources (HR) Director Heather Masterson. “And we’ve got a fairly diverse range of ages, from interns still in college to individuals in their upper 70s. We’ve got people who have been with Mr. Hendrick for more than 30 years.”

Masterson joined the company in January 2014 and serves on the six-member plan committee, which started looking closely at its 401(k) plan around that time. “We asked ourselves, ‘Are we really preparing our employees to retire?’” she recalls. “What led us to this question was we had a few employees who were ready to retire—one was in his 70s and another in his early 80s—and they didn’t feel like they could at that time, because they hadn’t saved enough money. We decided we had to take that situation from the standpoint of, ‘What are we doing?’” Masterson says the committee got insight from plan-health reporting provided by Compass Financial Partners that benchmarked the plan’s features.

The committee decided to move from a 50% of 5% match to a “stretch” match of 33.3% on 9%, to encourage employees to contribute at a higher rate. The plan also added automatic enrollment and automatic escalation for the first time and completed a re-enrollment to the plan’s target-date funds (TDFs). “From my perspective, having been with other employers before Hendrick, these were things that we had done successfully,” Masterson says. “And I knew that at Hendrick, we had a lot of ‘do it for me’ employees who didn’t want to have to think about their 401(k) account.”

Since those initial changes, Hendrick Motorsports has continued to adjust plan design. Effective last year, the plan’s auto-enrollment default deferral increased from 2% to 4%, and automatic escalation got boosted from 1% to 2% a year, up to a 10% ceiling. The plan applied auto-escalation to all active participants, not just new hires. There has been little blowback from amping up auto-features: Since 2016, 95% of new employees have accepted the plan’s automatic  actions.

A year ago January, the plan re-enrolled participants who were deferring 0% to 3%, up to the 4% default. Of 43 employees re-enrolled, just seven opted out. The company held town-hall-style meetings on the re-enrollment and other plan-design changes, explaining its motivation and how the changes would work.

Education also plays a big role in Hendrick Motorsports’ efforts to improve plan health. The employer and Compass Financial have an annual education plan that plots out what participant education they will do each year, says Kathleen Kelly, managing partner at Compass in Greensboro, North Carolina.

This year’s schedule for general education that might interest anyone in the work force includes plans for three lunch-and-learn sessions. One will center on how employees can manage their current financial priorities while also saving for retirement. Another, focused on employees taking control of their finances, will talk about how to keep a budget and avoid overspending. A third will look at “real-life retirement,” as Kelly calls it, and how that differs, today, from retirement for previous generations.

The catered lunches—another Hendrick Motorsports employee perk, as Kelly says—attracted 30 of the 600 total employees to a session last October and 60 to one in November, for instance. Employees also have the option to meet one-on-one with Compass when the advisory firm goes on-site, which it did on nine days last year. During that time, Compass met with 115 Hendrick Motorsports participants.

The annual education plan also includes targeted education aimed at specific employee groups. In the past, for example, Hendrick Motorsports has sponsored dinners on topics of interest to pre-retirees and has invited employees in that age range and their spouses to attend. At press time, the employer and Compass were putting together a spring panel session intended for pre-retiree workers. “This will be a panel of current employees talking about their own planning for retirement: what’s worked for them, and what hasn’t,” Kelly says.”

After extensive education from both recordkeeper Wells Fargo and Compass, participation by mid last year had reached 93.2%—exceeding the sponsor’s 90% goal; 56.03% of active participants were contributing 10% or more; and 90.69% were adequately diversified—i.e., in a diversified investment solution, or in two or more equity classes and at least one fixed-income fund. The percentage of employees meeting behavioral economist Shlomo Benartzi’s 90-10-90 benchmark goals had risen to the point that the “overall Plan Health Index,” a Wells Fargo measuring tool, for Hendrick stood at 45.78% by last June 30, compared with 17.74% at year-end 2013.

What percentage of overall health would constitute “success” for the plan? “I’m not sure,” Lampe says. “I tend to look at the component scores that make up the index. I want to see each of the components above 75%. We are focused on each of the pieces. If we do that, the total will take care of itself.”

Hendrick Motorsports continues watching emerging trends and best practices for 401(k) plans, Masterson says. The sponsor currently has amendments in the works.  It wants to up the auto-enrollment default deferral rate from 4% to 6% and the auto-increase cap from 10% to 14%.

The leading edge of being a 401(k) plan sponsor “is something that’s ever-changing, and we need to make sure we’re doing what we can,” Masterson says. “Being a racing team, we’re competitive by nature.”

Five years of focusing on 401(k) plan health and employees’ long-term financial health has left a lasting impression on the company, Kelly says. “It wants its employees to ‘win’ at retirement.” 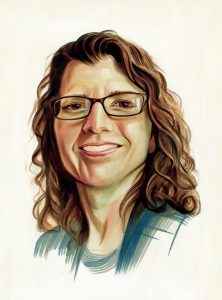