Many employees at United Hardware Distributing Company, in Plymouth, Minnesota, make a modest income—in the $30,000 to $40,000 range—and the company has annual turnover of around 25%. Yet, the employer still puts substantial effort into trying to get its workers to save enough for retirement. “We believe that today’s work force who are not engaged and do not understand their retirement benefits are being set up to fail,” says Steven Draeger, president and CEO of the wholesale hardware distributor. “It’s our goal to have successful team members while they’re at our company, as well as when they reach retirement age.”

Two-thirds of United Hardware’s employees work at its distribution center in Milbank, South Dakota, in warehouse jobs heavy on physical labor. “Most of the employees’ backgrounds are in manual-labor work. It’s definitely a rural and farming community, and we also have some farmers who work for us,” says Cheryl Braun, director of human resources (HR). “We require a high school diploma or GED [general educational diploma], but most of the warehouse employees don’t have a college degree.”

Modest incomes and a lack of financial savvy have not stopped employees from saving for retirement, however. The United Hardware plan has a 90.25% participation rate, 8.06% average deferrals and a $73,684 average balance. Eighty-eight percent of participants save at the 6% match rate or higher. “It’s all about the employees being able to retire when they want to, and for them not to be stuck in a position where they have to work longer than they want to,” Braun says.

Automatic enrollment and voluntary automatic increases have helped considerably, Draeger says. “To get them started has not been too difficult, and then it has been relatively easy to get them to increase what they put in by an additional 1% of their wage annually.” For employees who opt in to automatic escalation, it happens as annual raises take effect. “Thus, it goes unnoticed from their pocketbook,” he explains. As a result of gradually increasing contributions, he adds, “they are better positioned for the future. This is very rewarding to see.”

The sponsor initially implemented auto-enrollment in 2008 at a 3% default deferral and, after experiencing few opt-outs, raised it to 6% in 2013. “We chose 6% because that’s the threshold that the company match is based on, and we want our employees to fully maximize their savings,” Braun says. The plan has averaged an opt-out rate of 9% among new hires automatically enrolled over the past three years.

Because the plan auto-enrolls at 6% and matches 6%, the sponsor does not feel it needs to implement a correlating auto-escalation, Braun says. “But we do educate employees on utilizing the online feature where they can voluntarily elect to set up their own automatic increase,” she says.

Of the 250 employees actively participating, 32—i.e., 12.8%—have opted for the increases. Braun expects to see that number grow, as employees now can also sign up for them at group education meetings. “It used to be that, after the meeting, they had to go online or make a phone call to sign up,” she says. “Now, there’s a piece of paper at the meeting to sign up, and they just have to sign and date it. At the warehouse, they don’t have computers they can go back to and log in, and many of them might not have that at home, either.”

The plan also curbs leakage by letting participants take a loan only in case of hardship. That’s to make clear that the 401(k) is a retirement-savings account and not a regular savings account, Braun says.

“Because they only allow loans for hardships, there’s really no leakage,” says the plan’s adviser, Joe Connell, director of retirement plan services at Sikich Financial in Maple Grove, Minnesota. “They’ve had that in place before it became an industry discussion of, ‘We have to stop leakage.’”

The distributing company—whose warehouse employees’ average age is 42, and whose corporate office employees’ average age is 48—does not target a specific income-replacement ratio for employees when they retire. “Everyone is different,” Draeger says. We have found if they are able to take care of themselves physically and economically, they are not forced into retirement later than they would have wanted, in most cases.”

Every six months, United Hardware has Sikich Financial come hold group education meetings. “These meetings are mandatory and done during working hours, so they’re paying their employees to be there,” Connell says. So employees working different shifts can attend, Sikich might do six meetings at the warehouse at varying times and another two meetings at the corporate office.

“For many workers, retirement savings terminology and planning calculations are new. Regular education meetings are very helpful for them to understand these ideas,” Connell says. “We’ve limited the meetings to 25 minutes, and we focus on one main topic, such as the Roth 401(k) feature. It’s one simple idea, and usually we have a one-page handout that employees can take with them.”

At group meetings, sharing data that reflects participants’ good savings behavior has motivated employees, Braun says. Statistics shared at recent meetings include: 24% of participants are saving 10% or more, and 91% are on track to replace 70% or more of their pre-retirement income. “Talking about these statistics helps employees benchmark themselves against others and gives a nudge to those who are saving less than the benchmark to save more,” she says.

Sikich tries to make the meetings fun. For example, it had custom cards printed so attendees can play “401(k) Bingo,” which is bingo with “401k” spelled out at the top of the card. Winners get prizes.

After the group meetings, employees can sign up for a one-on-one meeting. Typically, 20 to 25 of the 150 warehouse employees do so, Connell says. “Many times, they say, ‘I don’t even know what to ask.’ So I say, ‘Let’s pull up your account, and let me show you a couple of things.’” They will look at the participant’s deferral rate and discuss it. Connell will explain the basics of recordkeeper Transamerica’s Your Retirement Outlook personalized retirement forecast. “For most people, these are all foreign terms,” he says. “Explaining them gives people a chance to feel like, ‘I’m doing OK.’” 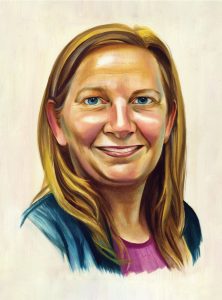