To demonstrate IHA’s commitment to both sets of employees, “it was imperative that our entire team have a universal benefit program,” says Joanna Farrere, senior vice president, human resources (HR) and administrative services, at the nonprofit association, headquartered in Napersville, Illinois.

Prior to the merger, the Illinois Hospital Association sponsored a 401(k) and a 401(a) plan, while the MCHC also sponsored a 401(k) but with a significantly different plan design. The HR team “made a commitment to IHA staff to use 2016 to redesign and unify our entire benefit program,” Human Resources Director Kristen Muehlfeld says.

Before the merger, the two organizations had different employer contribution approaches, among other distinctions. The Illinois Hospital Association made a total 10.45% nonelective contributions, between its 401(k) and 401(a), and made no match in the 401(k). MCHC matched 100% of the first 3% that employees contributed to its 401(k), then 50% of the next 3%. MCHC did automatic enrollment, and Illinois Hospital did not. The latter’s 401(k) plan had immediate vesting, while the former’s plan had a five-year vesting schedule. Only MCHC had a Roth feature.

The redesigned IHA plan brought the employer more in line with best-practice thinking on plan design. “We had an outdated plan we wanted to modernize, to incorporate automatic features and additional distribution options to ensure retirement readiness,” Farrere says, referring to automatic escalation, for example, and the ability to do partial withdrawals. “One of the plan-design changes is the ability for participants to change their deferral election at any time. Previously, they were able to change elections only twice a year, on January 1 and July 1.”

When the redesigned plan launched, it also started an automatic enrollment and automatic increase program. “We did require all staff members to make a new [participation] election or default into auto-enrollment,” Muehlfeld says.

“We had three of our CFPs [certified financial planners] out for a week, meeting with employees,” says the plan’s adviser Paul Sommerstad, senior ERISA [Employee Retirement Income Security Act] consultant at Blue Prairie Group in Chicago. “We met with nearly 200 employees, and, in the end, we had only two who were passively enrolled into the plan: Everyone else who got enrolled made an active decision to enroll in the plan.”

These one-on-one employee meetings had two goals beyond participation, Sommerstad says. “We encouraged employees to defer at least 6%, so they would maximize the new employer match. And 85% are now saving at least 6%,” he says. “Second, we wanted to help people with their asset allocation.”

Blue Prairie encouraged employees who did not want to make their own asset-allocation decisions to utilize the new plan’s default, BlackRock LifePath Index Funds. “Twenty-nine percent of the plan’s assets were in the BlackRock funds before the meetings, and 42% were in those funds afterward,” Sommerstad says. “We encouraged employees to bring their log-in information for [recordkeeper] Fidelity with them to the meeting, so these changes could be made right there and then.”

A Focus on Fees and Governance

IHA also consolidated from two recordkeepers to one, effective January 2017. “We conducted an RFI [request for information] that led us to maintaining Fidelity,” Muehlfeld says. “But Fidelity reduced its fee, due to our newly merged plan’s increased asset size.” The renegotiated recordkeeping fee is approximately 25% less than the average fees participants paid to the two recordkeepers pre-merger, she says.

Also effective January 2017, IHA moved to fee levelization, eliminating revenue sharing where possible and crediting back to participants the revenue sharing in the three remaining plan funds that pay it. At that time, the plan moved to a 32-basis-point (bps) annual, asset-based participant fee “to ensure an equitable fee approach,” Muehlfeld says.

The merged organization also has strengthened plan governance. The Illinois Hospital Association had handled governance via a finance and audit committee of the board of directors, and MCHC had had an internal group of senior leaders serving on its benefits committee and overseeing its 401(k). IHA has a five-member plan committee: Farrere, Muehlfeld, one finance staff member, one executive from an IHA business unit, and the president and CEO of affiliate HealthCare Associates Credit Union. The committee oversees both organizations’ plans.

The newly formed body put together a charter and got fiduciary training from Blue Prairie Group. Each committee member also signed a document acknowledging that he understood the governance structure, the committee charter and his fiduciary duties.

To keep on track with good governance, the committee has what Farrere calls a “matrix”—a schedule of the committee’s work during the year. It specifies when the committee will do what: “The point is to keep all items from the investment policy statement [IPS] in front of us,” she says. “That way, we make sure we’re doing everything we say we are doing in the IPS.” 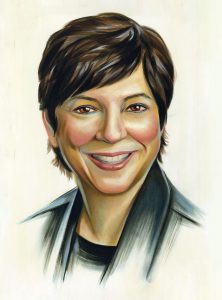 Furloughs Vs. Layoffs: Which May Trigger a Partial Plan Termination?