Given that there are so many considerations to weigh when overseeing a retirement plan, it is important for plan sponsors to have a checklist for their committees—whether the sponsor has a single retirement plan committee or dual investment and administrative committees—to cover in quarterly meetings. These meetings typically last between one and two hours.

The overriding theme of retirement committee meetings should always be whether the committee is acting in the best interest of plan participants and if it is improving the plan, says Michael Webb, senior financial adviser at CAPTRUST.

A best practice, and a commonsense one at that, is to circulate an agenda to the committee members beforehand, says David Klimaszewski, a partner with Culhane Meadows. At the top of the meeting, it is common for the committee to approve the minutes from the previous meeting, Klimaszewski says.

Following that, “we start off with the fiduciary functions, starting with the investments,” Dunteman says. “The investments are the fundamental action items that need to be discussed.”

Webb says it is important for the committee to discuss “if the investments are best in class and participants are utilizing them correctly.”

Dunteman continues: “Generally speaking, we first address funds that have been put on the watch list. The issues here can be both qualitative and quantitative. We’ll discuss the five P’s as they pertain to investments: philosophy, people, process, performance and price. Quantitative issues involve performance and price, and qualitative issues involve the philosophy of the management of the fund; the people, or the fund managers; and process. A committee should review performance relative to a passive index and actively managed peers. When it comes to the qualitative review, the committee will need to discuss any management strategy and/or management changes. Any time there is more than a 50% change in a management team in any one quarter, we advocate that the fund be put on the watch list.”

If there are new managers at the helm of the fund, the committee should discuss their backgrounds, Dunteman says.

“We need to find out if they have been in charge of decisionmaking previously or if this is their first time in charge of a fund, as well as how long they have been with the investment firm and the previous background,” he says. “Once you have addressed the ‘problem children’ on an investment menu, then it makes sense to talk more broadly about how the overall menu has done. As target-date funds [TDFs] garner such a large portion of plan assets, it is important for the committee to discuss the TDFs in every meeting. They need to be benchmarked relative to their main peers, those being the largest TDF providers in their category—Vanguard, T. Rowe Price, Fidelity—to gauge how they are performing, net of fees. The committee also needs to explore whether there were any changes made to the glide path tactically or strategically that might affect performance, and how those changes compare to changes by other TDF managers.”

Following that, Dunteman says, “The committee can look at the entire investment menu as a ‘batting average.’ Because there is so much focus today from an excessive fee litigation perspective, you want to understand how your ‘non-problem children’ are performing, net of fees, relative to passive indexes. This is called the ‘batting average’: the percentage of the funds outperforming their benchmarks.”

Once the investments have been covered, the committee can delve into other topics, such as fiduciary training, he says.

“We have heard from the Department of Labor [DOL] and auditors that when they are doing audits, they are now asking what kind of ongoing fiduciary training a plan sponsor is providing to their committee members,” he says.

It is also critical for the committee to stay on top of any new rules or regulations. “Last year, for example, the DOL rolled out new e-delivery rules,” Dunteman says. “The fiduciaries must understand how these new processes might change how the plan interacts with participants and how their recordkeepers might implement these new rules.”

As another important example of new developments, Congress passed the Setting Every Community Up for Retirement Enhancement (SECURE) Act in late 2019 and the Coronavirus Aid, Relief and Economic Security (CARES) Act last spring. If a plan adopted provisions of those acts, it would have to change its plan design and plan documents, Dunteman says. “Your checklist might incorporate plan design changes, be they temporary or on an ongoing basis,” he says.

Another key area that retirement plan committees need to discuss is participant data, including changes to participation rates, average balances and deferrals; maximization of the match; utilization of Roth provisions; and loans and withdrawals, he says.

Dunteman says that because there are so many topics for a plan committee to cover, it might set a calendar agenda for its quarterly meetings. The first quarter meeting, for example, could cover annual benchmarking studies where the committee takes a look at how its participants’ utilization of the plan compares to companies of similar size or industries, he says.

The second quarter meeting could delve into fees. The committee should ask itself if the fees are reasonable and have if they have been benchmarked through industry studies, requests for proposals (RFPs) or requests for information (RFIs), Dunteman says.

The committee could discuss audit results in its third quarter meeting, he says. “Most plan sponsors we work with have an annual audit,” Dunteman says. “It is a good idea for whoever coordinates that audit to report to the retirement plan committee.”

The upcoming education plan for participants for the next year could be the centerpiece for the fourth quarter meeting, Dunteman says. The committee can rely on resources from its recordkeeper and/or its consultant for this information, he says.

One last area for committees to cover is “making sure that the various reporting and disclosure requirements are being complied with,” says Julia Zuckerman, vice president with Segal.

And, of course, the committee must be diligent about taking detailed minutes and documenting the processes for each of its decisions, Zuckerman says, “so that if there is an issue down the line, there are details on how and why the committee reached its decision.” 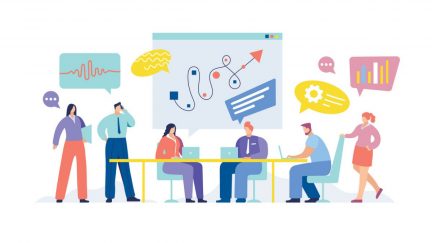 Experts discussed whether plan sponsors should have one or two committees, who should be on the committee(s) and the best...
SPONSORED MESSAGE — SCROLL FOR MORE CONTENT