Want to know the drivers behind participant decisions? We asked.

The ultimate test of any defined contribution (DC) plan may be how well it prepares participants for retirement. Yet, plan sponsors can only wonder whether they themselves earn a passing grade, given that few employees stay with one employer for their entire career.

For its part, the industry has responded to this plan sponsor uncertainty by supplying a combination of “shortcuts,” such as automatic enrollment/escalation, asset-allocation funds, fiduciary protections, etc., use of which gives sponsors the satisfaction of knowing they have moved things in the right direction for participants. The industry has also provided “tutors” such as advisers and consultants who can help answer the questions sponsors have when designing their plan. While these resources have undoubtedly helped improve outcomes on a plan-by-plan basis, the larger question remains: Are participants passing their own larger, individualized tests on retirement preparedness?

The answer to this question is hinted at in the 2017 PLANSPONSOR Participant Survey. Now in its fourth year, the survey tracks the behaviors, actions taken and preferences of employees of all types—including those without access to a defined contribution (DC) plan, as well as those enrolled in one or opted out of one. This year’s survey found rising levels of retirement confidence—despite varied expectations of what retirement means—while raising some new questions about how best to support participant needs.

Retirement confidence has jumped significantly over the last year, with 55% of respondents either “confident” or “very confident” they can secure a comfortable retirement, reversing a three-year decline—to 40% in 2014 to 34% in 2015 to 30% in 2016. Confidence may have been strengthened by rising account balances; a record number of respondents (at least 62%) reported having more than $50,000 saved for retirement, while almost half of the total number (47%) reported having saved more than $100,000 and one-quarter (27%) more than $250,000.

Larger account balances—and higher household incomes—have direct and material impact on retirement confidence. For example, respondents reporting household income of over $100,000 were almost twice as confident (68%) as those with income below $50,000 (36%)—percentages that almost mirror the confidence of respondents topping $150,000 in retirement savings (70%) vs. those with under $50,000 (34%).

But higher levels of confidence are not universally shared across all demographics of respondents, as women (46%) continue to exhibit lower levels than men (63%). Age also plays a hidden role in confidence, with younger and older respondents showing consistently higher levels (59% for those under 40 and 60% for those over 60) than do their middle-aged counterparts (46%).

While retirement confidence is clearly influenced by other factors, the category of retirement expectations appears to be more consistent across most demographics, even if there are many distinct and varied views on when and what retirement is. When asked at what age they expect or hope to retire, approximately 30% of respondents indicated “before age 65,” while around 25% plan to work to age 70 or later. Most surprising about these numbers is that segmenting the results by age, income, gender, retirement savings or confidence results in no more than a 5% shift up or down. The one exception to this is that respondents with low confidence are far likelier (41%) to plan on working past age 70.

Responses were similarly consistent across common demographic segments when it came to interpretation of what “retirement” means. Generally speaking, 42% of people subscribe to a traditional view of retirement—i.e., working until a certain age or until age limits their ability to work—while approximately 33% plan to work part-time. A more contemporary retirement strategy—saving enough to achieve financial independence—was cited 21% of the time. Household income was the only variable that had a material influence on preferences, as those with lower incomes were somewhat likelier to have traditional views of retirement, while respondents reporting higher levels of income were more open to taking on part-time work.

Although employers confront a wide range of such timelines and definitions, they sometimes must take a “one size fits all” approach to helping their workers prepare for retirement. Therefore, it is important to understand how risk and communication preferences may influence outcomes. For example, when asked how they would like to receive information related to financial wellness, respondents were split among a list of options that ranged from “meet with an adviser for 30 minutes” (27%) to “read a short brochure with three to five quick, actionable steps” (16%).

Fragmented results such as these might explain why plan communications and education programs often struggle to inspire participant action. For example, while 41% of respondents said they increased their deferral rate in the prior 12 months, only 18% cited an employer-sponsored email/brochure/meeting as the primary reason for taking the action. The most common reasons cited were “personal review of finances” (30%) and “advice from family/friends/advisers/media” (25%). This is also a good reminder that people consume information differently and that financial wellness programs must be flexible, convenient and independent if they are to achieve their potential.

Another area where sponsors may misinterpret participant needs relates to investment risk tolerance. For the fourth consecutive year, participants expressed a willingness to trade lower investment returns for loss avoidance and lower fees. When asked whether they would rather receive a 3% guaranteed rate of return on their investment or a market-based return that might greatly exceed 3% but also could lose money, 61% chose the guaranteed 3%. Similarly, 49% of respondents were willing to accept “below average” returns if it meant paying less in fees.

Despite areas of potential dissatisfaction, employees are highly supportive of DC plans. Workers with access to one of these plans are more than three times as likely to describe their employer’s benefits as “generous” or “very generous” than employees without such access (53% vs. 14%) and, with a Net Promoter Scoresm (NPS®)* of 60%—vs. 36% for those without DC plans—are significantly more apt to recommend their company as a “great place to work.” Additionally, the survey shows that DC plans contribute to higher retirement confidence—57% vs. 33% for those without a plan—which is why it is not surprising that 60% of workers without access to a DC plan report they would “likely” or “very likely” participate in one if it were offered. Overall, retirement plans are now on par with health plans as the most important benefit employers can offer; 82% of survey respondents—just 1% less than those citing health plans—felt it is “important” or “very important” for employers to offer such programs.

In summary, the retirement test is no different than academic tests in that numbers and facts are useful only if applied in the context of the questions asked. Because of that, sponsors will still need to remain thoughtful about the answers they provide to participants. As when taking any test, receiving top marks is probably sponsors’ goal. But a more functional goal might be to simply avoid failing grades. When viewed from this perspective, our 2017 Participant Survey suggests that there is no need to ask whether defined contribution plans can play a key role in securing participant futures, because the answer to that question seems to be a resounding, “Yes!”

Net Recommendation/Promoter Score is a methodology of categorizing customers (here, workers) as either “promoters,” “passives” or “detractors.” 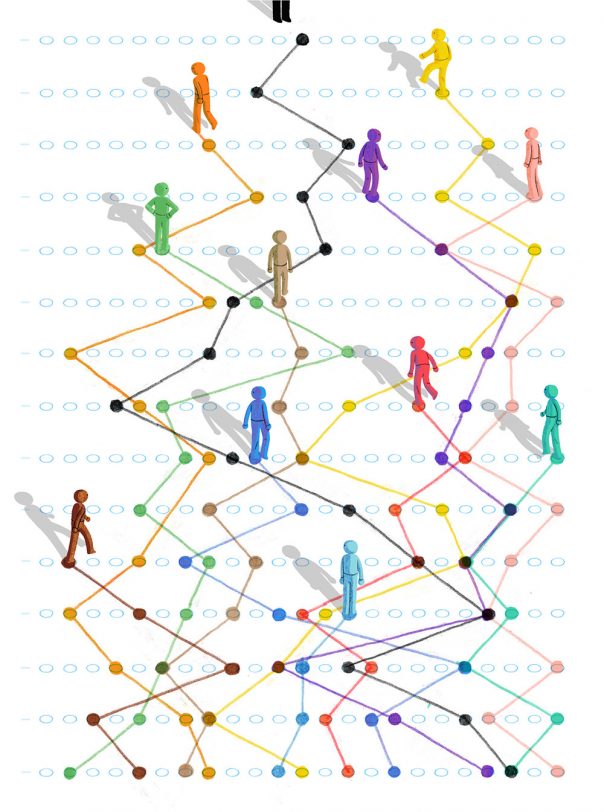