In Philadelphia, Pennsylvania, motorists reported they saw a man pedaling down the middle of a road on a big-wheeled tricycle. One motorist told a local TV station the tricycle was holding up traffic as cars gingerly drove around the pedaling man. Police are trying to figure out who the man is, what he was up to and whether he might be cited for the incident.

In Reading, Ohio, a woman made an excuse for being late for work that put her in hot water. The 18-year-old said someone dressed like a clown jumped a fence, waved a knife at her and cut her thumb. According to a local news station, police say investigators found inconsistencies in her story and charged her with making a false alarm, a misdemeanor.

In Harrison Township, New Jersey, a woman had something other than grief on her mind after her boyfriend was struck and kil.led by a car. According to the local ABC News station, the woman had been allowed to sit in the ambulance “in order to grieve the loss of her boyfriend and stay out of the inclement weather.” The medic contacted police later in the day after realizing her wallet was missing from her purse, which was located in the center console of the ambulance she was working in. The woman was arrested and allegedly admitted to stealing the wallet. It was returned to the medic, though it was missing $120 in cash.

If you can't view the below video, try https://youtu.be/7aA4_CGzmFw

In Erie, Pennsylvania, a woman was commissioned by Febreze Air Purifiers to make bunny sculptures out of 40 pounds of dust―the average amount that the average American home collects in a year. 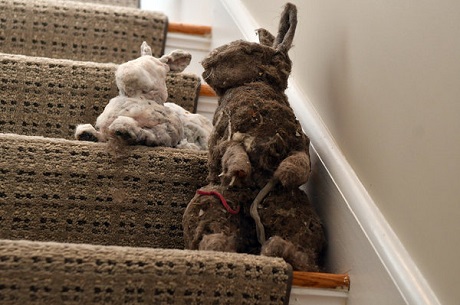 In Penza, Russia, a spider’s alien face-like markings set off fears of alien invasion after the homeowner who found it posted pictures of it on the Web. Despite its looks, a zoologist identified the species as a flower crab spider, and said there is no need to be afraid. 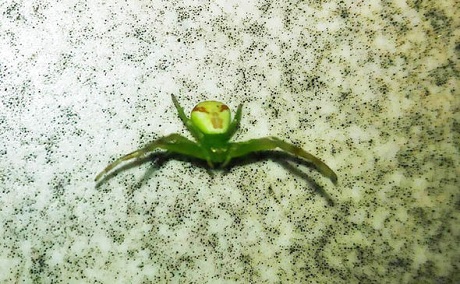