Annuity sales increased 22% to $77.5 billion in the second quarter, according to preliminary results from LIMRA’s U.S. Individual Annuity Sales Survey. This is the highest quarterly sales ever recorded since LIMRA began tracking annuity sales, and nearly $9 billion above the previous record, which was set in the fourth quarter of 2008 during the Great Recession.

“Continued equity market declines and rising interest rates drove investors to purchase record-level fixed-rate deferred annuities in the second quarter,” Todd Giesing, assistant vice president, LIMRA annuity research, stated in a release. “Our research shows fixed-rate deferred annuity manufacturers are, on average, offering interest rates more than four times that of a bank CD, which has made these products a tremendous value for investors looking for protection and growth potential.”

Fixed indexed annuity sales also had a strong showing in Q2 as sales were $19.7 billion in the period, up 19% from the prior year. Year-to-date sales were $36 billion, a 20% increase from last year, LIMRA found.

“Both FIAs and fixed-rate deferred products benefited from the significant interest rate increases in the second quarter,” Giesing said in the release. “Coupled with a nearly 20% equity market decline, investors sought out principal protection and growth potential, which these products offer.”

“Rising interest rates helped the income annuity market but expectations of further rate increases by the Federal Reserve have likely damped the growth,” which effected the variable annuity market, the release states.

The preliminary Q2 2022 annuity industry estimates are based on monthly reporting that represents 85% of the total market, according to LIMRA.

Longevity risk has received increased attention from the government, the retirement industry and workers, but solutions have yet to be...

Workers may need help in understanding how to develop viable plans for lifetime income. 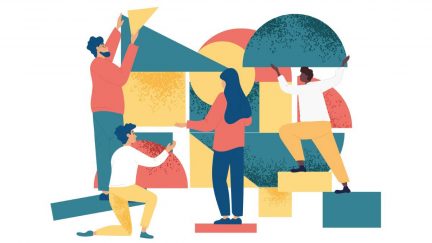 Education regarding financial wellness can include reminders of what to keep in mind for the future.
SPONSORED MESSAGE — SCROLL FOR MORE CONTENT