In a case challenging recordkeeping and investment fees for the Yale University 403(b) plan, U.S. District Judge Alvin W. Thompson of the U.S. District Court for the District of Connecticut moved forward most claims of violation of duty of prudence under the Employee Retirement Income Security Act (ERISA).

According to the plaintiffs, this bundled services arrangement hurt Plan participants and beneficiaries in three ways:

The defendants did not initially scrutinize every investment that was included in the bundled services arrangement, leading the plan to take on unreasonably expensive or poor-performing investments;

The defendants contend that bundling is a common practice that “frequently inure[s] to the benefit of ERISA plans;” the plaintiffs fail to allege facts that demonstrate an imprudent decision-making process for arriving at the bundled arrangement; and the investments themselves are not imprudent. However, Thompson found none of these arguments defeats the plaintiffs’ imprudence claim as it relates to monitoring and removing imprudent investments. “Even if bundling arrangements generally benefit participants of other defined-contribution plans, that does not necessarily mean that, under the circumstances here, the defendants prudently concluded that the bundling arrangement would benefit the Plan’s participants,” he wrote in his ruling.

The plaintiffs allege that the bundling arrangement stymied the defendants’ ability to remove investments and that “Yale agreed to lock its employees into funds which Yale did not analyze.” Thompson said such conduct would violate the requirement that plan fiduciaries continually monitor and remove imprudent investments. The plaintiffs strengthen their claim with allegations that the CREF Stock Account and the TIAA Real Estate Account, two investments that displayed a multi-year record of subpar performance prior to 2010, should have been removed. The defendants challenge the plaintiffs’ benchmarks for measuring the investments’ performances, but, according to Thompson, this amounts to challenging a fact that the court must accept as true at the motion to dismiss stage. He ruled that the plaintiffs have stated a claim that is plausible on its face that the defendants breached their duty of prudence with respect to a bundling arrangement under which they abdicated their responsibility to monitor and remove imprudent investments and reduce exorbitant fees.

The plaintiffs also challenge the cost of the recordkeeping services, alleging that Yale grossly overpaid for TIAA-CREF’s recordkeeping services because it used a revenue-sharing model rather than a flat annual fee approach. The plaintiffs allege that a flat fee arrangement is better than revenue sharing for participants and beneficiaries because a flat fee arrangement ties costs directly to the “actual services provided and does not grow based on matters that have nothing to do with the services provided, such as increase in plan assets due to market growth or greater plan contributions by employees.” The plaintiffs also allege that the defendants failed to take advantage of the size of the plan effectively when negotiating recordkeeping fees.

The defendants contend that the plaintiffs fail to allege “that the fees were excessive relative to the services rendered” Thompson found the defendants’ claimed industry-wide prevalence of revenue-sharing or multiple recordkeepers does not negate the duty to ensure reasonable fees regardless of the fee structure. Moreover, defendants’ arguments ignore the factual allegations in the complaint, which compares the general range of costs for a flat fee arrangement to estimates of the cost for the plan’s recordkeeping arrangement, highlights the competition among third-party recordkeepers, and quotes the advice of industry experts who recommend consolidation. Taken together, these allegations plausibly state a claim for breach of the duty of prudence based on unreasonably high administrative fees, Thompson said.

Investment Options in the Plan

The plaintiffs allege that the defendants offered too many investment options in the plan, resulting in decision paralysis, higher costs, and dilution of Yale’s bargaining power. Moreover, the plaintiffs allege, within asset classes, the various investment options were so similar in make-up that the only real difference between them was cost. The plaintiffs claim that the defendants therefore should have offered only the “best in class” investment option for each asset category. They allege that because the best-in-class investments outperform and are cheaper than many of the options in which plan participants are currently invested, participants would reap higher investment returns and save on management fees.

The defendants argue that the plaintiffs have neither alleged that any participant experienced confusion nor stated a claim for relief. Thompson agreed with both these points. Citing a case against New York University that is pending trial, he said that although the plaintiffs discuss the behavioral economics of “decision paralysis,” nowhere in the complaint do they allege a theory of harm, let alone allege facts explaining how the “dizzying array” 100-plus investment choices harmed the plaintiffs. Also, Thompson said, simply listing the number of investments in various asset categories does not mean that any particular investment is unreasonable in and of itself or in relation to other investments. He dismissed the duty of prudence claim to the extent that it is based on too many investment offerings.

The plaintiffs also allege that the defendants imprudently retained poor-performing investments in the plan, noting that 57 out of the 99 investment options with at least a five-year track record “underperformed their respective benchmarks over the previous five-year period.” They allege that had the defendants “conducted a prudent investment review,” many of these investments would have been eliminated or replaced. The plaintiffs allege two missteps in the plan’s pricing of investments: a failure to obtain volume pricing and a failure to eliminate extraneous fees.

With respect to the failure to remove underperforming investments, the defendants contend that the plaintiffs cannot state a claim with respect to failing to remove the underperforming CREF Stock Account and the TIAA Real Estate Account. They cite Fifth Third Bancorp v. Dudenhoffer for the proposition that “a fiduciary need not ‘outsmart a presumptively efficient market.’” The defendants argue that they could not have predicted the underperformance of the Stock Account or the Real Estate Account at the time they decided to include them in the plan. The defendants also argue that the stock indexes the plaintiffs used to benchmark the TIAA-CREF investments are not the proper ones to measure whether the two investments underperformed. Thompson said this point is not appropriately addressed at the motion to dismiss stage, so he denied the motion to dismiss with respect to the duty of prudence claim based on failure to remove underperforming investments.

The judge dismissed all duty of loyalty claims, saying the plaintiffs offer no plausible theory in any of the counts to suggest that the defendants’ decisions favored themselves or a third party at the expense of the plan participants. 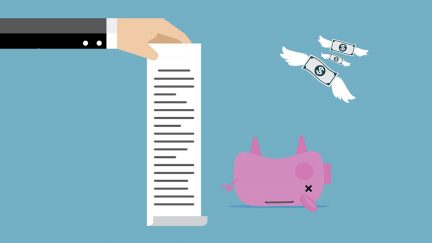