Lisa Gomez is scheduled for a confirmation vote in the Senate on Tuesday, according to the calendar posted by Majority Leader Chuck Schumer’s office.

“My understanding is that the vote for Ms. Gomez will be on Tuesday, and at this point we have not heard anything to indicate that would be anything other than a favorable vote,” says Jason Berkowitz, chief legal and regulatory affairs officer at the Insured Retirement Institute.

Senate Democrats and Republicans are split 50-50 in the chamber. Democrats maintain a slim voting majority in the body, however, with Democratic Vice President Kamala Harris as the tiebreaker to push items through.

The Senate calendar confirmed that cloture—Senate procedure that limits further consideration of a pending proposal and ends a filibuster—has been filed for Gomez’s nomination.

“We don’t know what the numbers will be, but we do expect her to be confirmed,” Berkowitz says.

Gomez is a partner at labor law firm Cohen Weiss and Simon. Her experience has focused on unions, labor, multi-employer pension and welfare benefit plans and other employee benefit issues.

“We don’t know what her priorities will be until after she gets confirmed,” Berkowitz explains. “There’s a lot for her to wrap her head around. We look forward to meeting with her and working with her.”

She would succeed Ali Khawar, who has served as EBSA’s acting assistant secretary since March 2020.

Representatives from Schumer’s office did not return requests for comment.

Confirmation Vote for Lisa Gomez Fails in the Senate

Majority Leader Chuck Schumer voted against the confirmation so that it can be brought up again at a later date.

The lead regulator of employer-sponsored retirement plans says cryptocurrencies and other digital assets are subject to a variety of issues... 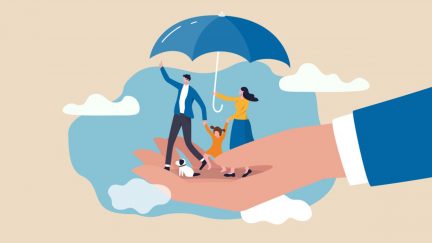 The agency is looking to identify actions it can take under ERISA and other relevant laws to safeguard employees’ savings...
SPONSORED MESSAGE — SCROLL FOR MORE CONTENT