The Financial Industry Regulatory Authority (FINRA) has fined AXA Advisors $600,000 and ordered it to pay restitution in the amount of $172,461.33 to 401(k) plans for misrepresenting the credit quality of certain bond funds offered within group annuity contracts for 401(k) plans.

In a letter of acceptance, waiver and consent signed by AXA, which did not admit or deny FINRA’s findings, the regulatory authority claims that from September 2010 through November 2015, certain enrollment forms, investment options attachments and other documents created by AXA’s affiliated life insurance company misrepresented that certain bond funds were “investment grade” when they were not. In addition, FINRA accuses AXA of failing to establish, maintain and enforce a supervisory system to determine whether the documents distributed to plan sponsors and participants accurately described the credit quality of the bond funds.

According to the letter, the misrepresentations affected approximately 800 retirement plans and 6,200 plan participants.

In addition to the fine and restitution, AXA consented to an undertaking to send corrective disclosures to all affected plan participants.

In a statement to PLANSPONSOR, an AXA spokesperson said, “We remain committed to transparency and accuracy in all communications and we regret this occurred. We are pleased to have resolved this matter and are providing remediation to those who may have been adversely impacted.”

The judge said he found deficiencies in their claims of imprudence and disloyalty related to certain investments and fees and... 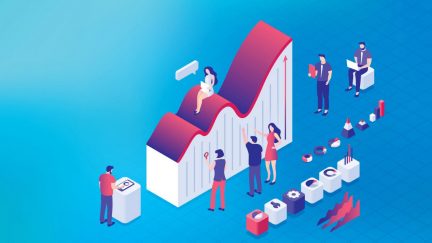 Plan sponsors should consider two necessary elements when benchmarking investments. Meanwhile, whether fees need to be benchmarked depends on how...

With the partnership, participants in smaller plans will have access to a goals-based investing solution.
SPONSORED MESSAGE — SCROLL FOR MORE CONTENT