In Goldsboro, North Carolina, a woman who was given the wrong lottery game ticket is celebrating that mistake. The N.C. Education Lottery said in a news release that the woman wanted to buy the Carolina Panthers lottery game ticket, but the store clerk gave her a “777” ticket instead. The woman said she normally would have asked the clerk to give her what she asked for, but she decided instead to keep it. When she began scratching off the card in her car, she thought she had only won $7, but she kept scratching, and when she was done, she had won $277,777.

In Guntersville, Alabama, the sheriff’s department mistakenly ordered 24,000 extra rolls of toilet paper. WAFF-TV reports the Marshall County Sheriff’s Office mistakenly spent $22,000 on toilet paper and another $9,000 for 450 cases of trash bags. But, its entire budget for janitorial supplies for next year is only $15,000. County commissioners have negotiated a bill of more than $30,000 down by about half, but there’s another problem: Storing an extra two years’ worth of toilet paper.
Near Lake Preston, in Australia, a Holstein-Friesian steer stands head and shoulders above its counterparts. Knickers, a 7-year-old steer, is a whopping 6 feet, 4 inches tall. That makes him about 1.5 feet taller than other steers, and he weighs twice as much, according to USA Today. 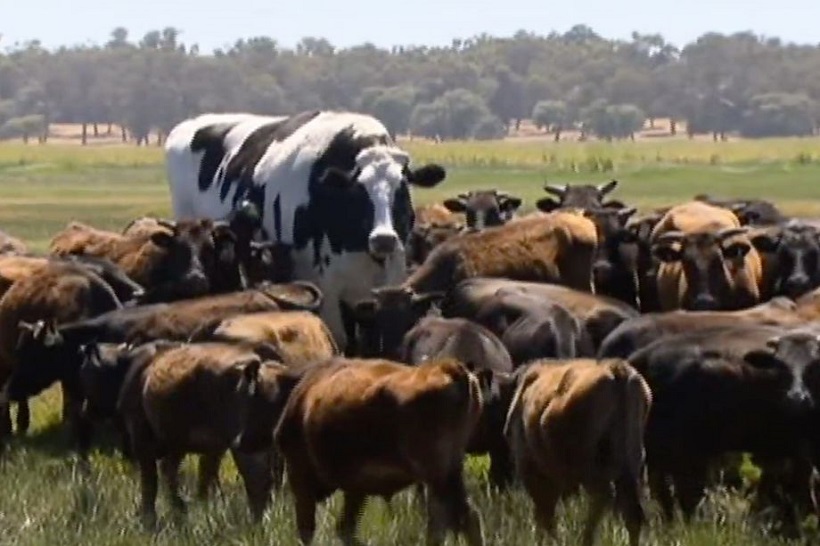 This cat is really possessive over its “mouse.”

If you can't view the below video, try https://youtu.be/HHRCcp17IWk.
In Truckee, California, Yogi reported for work in a highway patrol facility.

If you can't view the below video, try https://youtu.be/ZKkv01gMu5o.