The SECURE 2.0 Act of 2022, among many other things, offers increased tax credits to small businesses to encourage plan creation. These tax credits were expanded to such an extent that Joe DeBello, vice president of OneDigital Retirement and Wealth, remarked at a OneDigital webinar on Tuesday that it will be “next to impossible for small businesses to not be able to offer a retirement plan.”

The recently passed retirement reform law will increase the three-year startup tax credit to 100% of administrative costs, up from its current 50%, with an annual maximum of $5,000, for employers with up to 50 employees. This provision came into effect on January 1 of this year.

Chad Parks, founder and CEO of Ubiquity Retirement and Savings, a 401(k) provider specializing in small businesses, says that this should be a big deal for small business. He remarks that this provision “basically says to the small business owner that the federal government is so serious about getting you into the retirement system, that they are willing to pay the startup costs for the first three years.”

Parks explains that since small business plans rarely cost in excess of $5,000 a year to administer, this effectively makes the plan set up free for the first three years.

For small businesses sponsoring a new defined contribution plan, SECURE 2.0 also credits employer contributions. “The amount of the additional credit generally will be a percentage of the amount contributed by the employer on behalf of employees, up to a per-employee cap of $1,000. This full additional credit is limited to employers with 50 or fewer employees and phased out for employers with between 51 and 100 employees. The applicable percentage is 100% in the first and second years, 75% in the third year, 50% in the fourth year, 25% in the fifth year and no credit for tax years thereafter,” according to the Senate Committee on Finance. This provision also took effect on January 1.

Section 111 of SECURE 2.0 also states that joining a pooled or multiple employer plan counts as creating a plan for purposes of applying the three-year administrative cost tax credit. This provision is retroactive for plans created after December 31, 2019.

SECURE 2.0 also exempts small businesses from certain mandates. Most notably, employers with 10 or fewer employees do not have to have the automatic enrollment and escalation features required for all new plans created in 2025 or later.

Parks notes, however, that the SECURE Act of 2019 provides a tax credit of $500 for the first three years after an automatic enrollment plan is adopted. This tax credit did not have an expiration clause and was not repealed by SECURE 2.0, which means that when automatic features become mandatory for all new plans, the $500 credit will still apply for the first three years for new plans using automatic features.

Small businesses did not, however, receive an exemption from what might be the most infamously complicated provision in SECURE 2.0: a mandatory Roth source for all catch-up contributions made by highly compensated employees. David Stinnett, head of strategic retirement consulting at Vanguard, warns sponsors to not “underestimate the complexity of this provision.”

Plans that do not offer a Roth source may even have to suspend catch-up provisions for their HCEs entirely if they are not prepared to comply with this requirement in 2025, when it is set to start, Stinnett says. This could be a particularly burdensome feature for small businesses, one to be prioritized in planning.

Section 310 changes the rules for top-heavy testing in 401(k) plans. 401(k) plans are regularly required to pass the top-heavy test, which assesses the contribution proportions that HCEs and non-HCEs can make to a plan. If they do not pass, the sponsor can make a 3% non-elective contribution instead. This can be particularly burdensome for small businesses, because they are more likely to fail the test, according to Parks, and the 3% contribution, in effect a penalty, would affect their budget more than a larger business.

As a consequence, small businesses have an incentive to remove excludable employees (i.e. lower paid and part-time employees) from the plan so the businesses can pass the test without paying the 3% contribution. 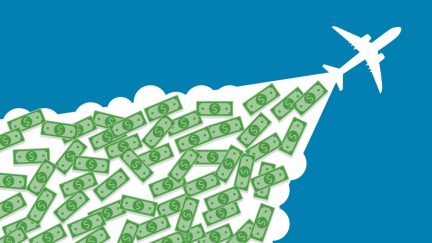 The airline has partnered with Fidelity Investments to run a program in which enrolled workers can earn up to $1,000...