Multiemployer plans are long-term obligations. Even when participants start to take distributions, life expectancy is expected to increase, so the drawdown period could be 20 to 30 years, notes David Brenner, national director of Multiemployer Consulting and senior vice president at Segal in Boston.

As for economic and financial risk, multiemployer plan sponsors just don’t know what’s going to happen with the economy, Brenner notes. He says last year was a strong investment year for multiemployer plans. And, fortunately, defined benefit (DB) plans are able to amortize gains over a number of years to smooth out volatility. This will offset some of the losses that have occurred this year.

“Plans historically have achieved the 7% or so investment return assumptions they use. But with the current low [interest] rate environment, plans sponsors need to look at taking on more investment risk to achieve that,” Brenner says.

However, changing plan demographics also present a risk. Plans are becoming more mature, and the population within most plans is aging. He says this weighs against taking on more investment risk.

Brenner says the challenge for contributing employers is what is affordable for them as part of their business model. “We need to take a look at allowing greater flexibility for how plan sponsors can deal with market volatility,” he says, noting that the Multiemployer Pension Reform Act (MPRA) did that by allowing shorter amortization to recover losses after 2008. “Rules for single-employer plans make them too costly. We want to avoid that with multiemployer plans. Obviously, the value is the pooling of risk,” he adds.

“The challenges for plans is less about short-term market volatility and more about what is happening broadly in the marketplace,” Brenner says. “If you look at critical plans in the trucking industry, for example, seeds of that problem can be traced back to trucking deregulation in the 1970s. The government needs to make sure that nothing it is doing today fundamentally undermines the financial underpinnings of those plans.”

He says it is important to point out that the plans in critical and declining status today are not in that status because of what’s happening this year. For the most part, the market has bounced back.

He adds that the employers that participate in collective bargaining agreements (CBAs) should be able to compete fairly with non-labor union employers. Governments should provide flexibility to adjust to short-term market fluctuations. Plan sponsors should look at mortality projections of participants to make sure everyone is receiving a fair benefit. “Back in the day, plans put in a subsidy for those who retired with a disability. It’s a noble benefit, but is it appropriate and reasonable in today’s environment?” Brenner queries.

Multiemployer plans in critical and declining status have to have a rehabilitation plan in place, and Lowell says most, if not all, actuarial certifications he’s seen say the plan is on track to reach the goal or term of the rehabilitation plan. But, he says, if the funded status of plans is getting better, it’s not getting much better, and, as a group, multiemployer plans have more retirees getting payments than active participants for which members are contributing.

Brenner suggests participating employers make sure employees understand the value of the plan. “Unfortunately, people who are far from retirement and don’t plan to retire in the industry they are in think, ‘Why should I care?’” he says.

Brenner says there are many well-funded plans, and those plan sponsors need to be having conversations about how to weather future volatility. Are variable benefit plan designs worth a fresh look? These plan types would help contributing employers by having a set contribution rate so they are able to budget for future costs.

Lawmakers introduced the GROW [Give Retirement Options to Workers] Act in 2018. It has been considered as part of the stalled stimulus bill, the Health and Economic Recovery Omnibus Emergency Solutions [HEROES] Act, that the House passed in May. The GROW Act bill would authorize a new composite, or hybrid, multiemployer pension plan, which combines features of DB and defined contribution (DC) plans. According to the GROW Act summary, under a composite plan, employer contributions are set at a fixed rate. As with variable benefit plan designs, benefits are based on a formula, are paid to participants in the form of life annuities (except for benefits that may be immediately distributed from certain plans with a low value), and may be reduced based on the plan’s funded status.

A composite plan is not covered by the Pension Benefit Guaranty Corporation (PBGC) or required to pay PBGC premiums. The plan sponsors are also not subject to liability for withdrawing from the plan.

With the reduction of benefits based on funded status, employers share some responsibility for funding with employees, Brenner notes. Plan sponsors should consider how much they are willing to let participants share in market volatility.

Lowell also mentions that the HEROES Act includes a proposal for a mandatory loan program, and withdrawal liability from funds would necessarily be valued on a PBGC basis “which means employers couldn’t afford to withdraw.”

“What we’re seeing is there are a lot of employers that would like to get out of these plans and will do what they can to get out. They are considering strategies as to how to get out. In a lot of cases, they have requested estimates of withdrawal liability from the multiemployer plan, have found someone who doesn’t work on these plans to do estimates or they’ve done an estimate on their own,” Lowell says.

But plan sponsors may not think about every aspect of the potential withdrawal liability. “Let’s look at, for example, a plan that calculates an employer’s withdrawal liability other than the funding interest rate, and let’s say the rate used the last time the employer received a withdrawal liability estimate was 6%,” he explains. “Since then, rates have fallen, and let’s say now the rate used for calculation is 5%. If the plan had $1 billion in liabilities at the time of the first estimate, and $700 million in assets, a 1% drop in the interest rate increases the liability to $1.15 billion. But, what’s happened is the unfunded liability has increased by 50%. The withdrawing employer has to pay its fair share of the unfunded liability. They may not think about this.”

A private equity firm diving into the multiemployer world for first time won’t understand this at all, Lowell says. Private equity funds buy firms to make a profit and typically exit the business in three to five years. “They are thinking about what would it cost to get out of the fund presently or what it will cost during their planned exit,” he says. “It’s likely going to sell to another private equity fund and the worse the numbers look [for the multiemployer plan], the harder it will be to dispose of the asset they no longer want.”

Lowell points out that no one knows where interest rates are going, and, these days, no one knows how stock market returns will swing, so it is more difficult than usual to project multiemployer plan financials. He says when he has a conversation with a multiemployer plan member firm, he focuses on providing an understanding of why the plan’s financials matter and why deviations in projections can be so big depending on where the economy moves.

“I want to educate them enough about what the risks are, but, at same time, depending on those risks and the firm’s business model, I talk about how private equity funds might negotiate when acquiring a multiemployer plan member—whether they should look for a purchase price adjustment or representations and warranties,” Lowell says. “I help them understand their exposure and how negotiation might be worthwhile.”

Even if a member employer is in a green zone plan, it is probably still worried and wants to exit the plan because it doesn’t understand everything the plan entails. Lowell says a plan may be well-funded on a funding basis but massively underfunded in the case of calculating withdrawal liability. “Employers could have a false sense of comfort by seeing the plan is in the green zone,” he explains. “They may withdraw [from the plan] then be assessed a fairly big bill.”

Lowell says most withdrawals from multiemployer plans are not overly material to the plan—big ones such as UPS and Kroger are somewhat rare—but the withdrawal liability may be material to the withdrawing employer. “It’s not going to kill the multiemployer industry if employers withdraw, but there are some funds in such dire straits—they are going to need a law change or bailout to survive,” he says. “Should the government bail out a plan or should it cease to exist? Or, in order to keep the industry afloat, do employers that haven’t withdrawn from a plan have to contribute more?”

It’s a mess for withdrawing employers as well as those that don’t withdraw, Lowell says, and if member employers see their plan going down, it could trigger mass withdrawals. “They need legislation or a bailout. I don’t see any other way,” he says. 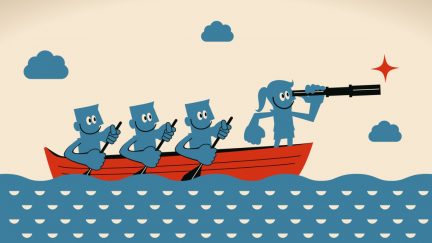