When the Coronavirus Aid, Relief and Economic Security (CARES) Act was passed in late March, just days after stay-at-home orders were mandated in states across the country, many in the retirement plan industry projected extensive withdrawal numbers and potential plan leakage.

“In the beginning, a lot of people were concerned,” recalls Dave Stinnett, principal of strategic retirement consulting at Vanguard. “There was a concern that there would be a lot of overuse or leakage.”

The ensuing figures surprised Stinnett and his team at Vanguard, which reported low withdrawal activity from participants. Looking at data compiled through November, the firm found that out of the recordkeeper’s more than 5 million participants, just 5.3% took out a CARES Act withdrawal. The rest, about 95%, did not. Additionally, of those who claimed a coronavirus withdrawal, Vanguard’s figures showed the median amount of the withdrawal was $12,800. This is a significant figure, but far short of the limit.

For those who did take a coronavirus-related distribution (CRD), Vanguard calculated the amount they would need to recover their long-term savings. On average, the team found that participants would need to increase their contribution levels by 1% for 2021. “Over the lifetime of their savings horizon, they should be able to fully mitigate the impact to their long-term savings,” Stinnett says.

Findings from Fidelity Retirement Services show comparable results. Just 5.7% of 401(k) and 403(b) plan participants claimed a withdrawal, with an average distribution amount of $9,600. “People were anticipating larger numbers, but, from what we saw, it was just about 6% here,” observes Eliza Badeau, vice president of workplace thought leadership for Fidelity’s retirement side. “We’re also seeing people just take out what they need. They’re not abusing the opportunity.”

T. Rowe Price experienced slightly higher withdrawal numbers, but they were still akin to those of Vanguard and Fidelity. According to Kevin Collins, head of retirement plan services at T. Rowe Price, in plans with assets greater than $25 million, 7.5% had taken at least one CRD through November. Of those who claimed a distribution, 21% took the maximum amount allowed.

As far as any accelerated trading activity for the year, Stinnett notes that while participant trading activity was slightly above normal levels, it wasn’t a drastic difference. Very few participants reacted to the market by moving money between funds, he says.

At T. Rowe Price, nearly 96% of participants did not make a change to their investments from the end of February to the end of May. Of those who did make changes, most of the movement was from equities to stable value or fixed income. Once the markets stabilized, the recordkeeper saw increased activity from stable or fixed income to target-date funds (TDFs) or equities, Collins says.

Badeau notes that there was recently a slight increase in CRDs, as more participants have fallen back on the provision in its last days before the December 30 deadline. “The pandemic has been going on longer than what people anticipated, so they’re turning to this option as a last resort,” she says.

On the loan side, T. Rowe Price found that 30% of plans with assets greater than $25 million had adopted an increased loan limit (ILL), but less than 1% of participants with access took advantage of the limit. Additionally, 57% of these plans adopted loan repayment suspensions (LRS), yet only 11% of participants with access used the suspension option.

Vanguard reported “modest” usage of loans among participants. “Most of the participants stayed to their long-term retirement savings plan and didn’t make changes, even in a year of significant market stress,” Stinnett says.

Distribution and loan figures were significantly different from what industry experts had anticipated, especially during a time when many participants were strapped for cash and without access to an emergency savings account. An Employee Benefit Research Institute (EBRI) study in August warned employers and participants about the short- and long-term consequences of using a CRD as an emergency savings account.

Yet those who did have a savings account dedicated to emergencies were half as likely to tap into retirement funds as those who did’t have one, according to a report by Commonwealth and the Defined Contribution Institutional Investment Association (DCIIA)’s Retirement Research Center. The study found that low-to-moderate income respondents, with less than $2,000 in liquid savings, were twice as likely to have taken a 401(k) loan or hardship withdrawal in response to COVID-19 than those with more than $2,000 in liquid savings.

“Emergency savings plays a critical role for those who have it,” says Catherine Wright, a senior innovation manager at Commonwealth. “The pandemic has really demonstrated how critical these savings are. I imagine we’ll be seeing more professionals offering emergency savings through the employer channel in the future.”

As the industry processes the effects of COVID-19, more employers and retirement professionals are enacting emergency savings features and education in their financial wellness programs. A recent T. Rowe Price study projects implementing more financial knowledge and opening access to savings account education will be top trends throughout 2021.

At T. Rowe Price, Collins says the company is training its contact center associates and has created a participant education digital hub, efforts that strive to give participants insights on legislative developments, resources for keeping retirement savings on track during market volatility and guidance on financial wellness. “Effective participant communication and education is imperative to driving successful retirement outcomes and ensuring participants can get back on track,” he says.

The Senate now has two bills out of committee that will have to be reconciled with a companion House bill... 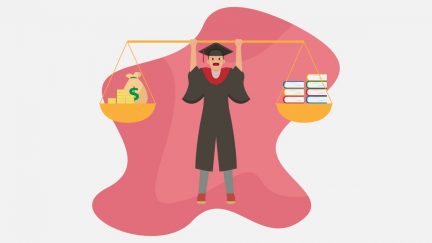 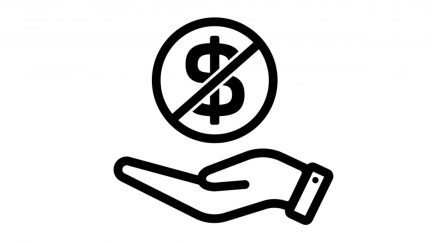 A federal court has denied a defendant’s motion to dismiss a lawsuit in which he is accused of committing wire...
SPONSORED MESSAGE — SCROLL FOR MORE CONTENT

« A Conversation With a Union Pension Funding Advocate