Target-date funds (TDFs) are the most widely used default investment alternative, and plan sponsors who use them need to understand their underlying glide paths. Knowing whether a TDF family is considered to have a “to” or “through” glide path is important in TDF selection and monitoring.

“At its root, a ‘to’ glide path stops changing at retirement and becomes a flat asset allocation for as long as the participant stays in that fund,” he explains. “A ‘through’ glide path continues to be managed and will gradually be more conservative through the course of the participant’s retirement.”

The difference between the glide paths does not define what investments participants will have, Doyle adds. The retirement industry previously perceived “to” glide paths as more conservative than “through” ones, but Doyle says the market volatility of last year helped to debunk this myth. “That was evident last year, when we realized ‘to’ vs. ‘through’ doesn’t define the volatility of the fund,” he continues. “It was underlying securities and management [that did].”

Joe Martel, a target-date portfolio specialist at T. Rowe Price, notes that plan sponsors can differentiate “to” and “through” glide paths based on the outcomes they want to deliver. A “to” objective is focused on limiting the volatility or the variability of outcomes for the investor up to retirement, while a “through” objective drives growth for participant balances for several years and then allows them to be converted into income through retirement, he says.

When selecting a glide path, plan sponsors should look at their participant base and decide what level of risk they should take on. For example, Martel suggests reviewing how participants are preparing for retirement. If participants are generally saving at a high rate—he considers high rates to be more than 15%, including both employer and employee contributions—and have large balances, then plan sponsors can consider adding less risk in their glide path, whether they choose “to” or “through” TDF.

“It comes down to how well prepared your employees are,” he says. “If they are saving very well, then you can take less risk with lower equity since their funded status would be very high.”

Martel notes that both investors and plan sponsors face myriad gambles when preparing for retirement, including longevity and short-term market risks. Even more taxing, many paths that seek to address one risk increase another type of risk. Focusing on longevity risk, for example, allows for portfolio growth due to increased equity. However, having more equity can increase an investor’s short-term market risk.

Likewise, focusing on short-term risk can have lasting impacts on longevity risk. “It really does come back to, as a plan sponsor, what risk are you most worried about?” Martel says. “We generally think that all the risks should be managed, and you should work to combat them.”

When weighing risk, plan sponsors should think about which type has lasting consequences for investors. While volatility risk is unsettling, it’s rarely catastrophic due to its short-term nature, Martel points out. However, longevity risk is a lasting problem—a participant who runs out of retirement income at age 80 or 85 will experience devastating consequences.

Participant Behavior and ‘To’ vs. ‘Through’

Participants who use their defined contribution (DC) plan as a supplemental savings account, or who plan to annuitize once they hit retirement, may benefit from a “to” glide path, Doyle says. However, “through” glide paths have seen more popularity due to the rising number of retirees keeping assets in their DC plans post-retirement, he adds.

For participants who want to switch from a TDF to a managed account as they approach retirement, the type of glide path won’t be an issue, Doyle says. Instead, participants should ensure they are invested in the correct allocation along their timeline.

“You want to be at the right allocation at that point, so you’re not impacted by market timing if you have to make significant changes to your allocation as you switch over,” he explains. “The glide path change is gradual. Even if you’re changing to a managed account, you want that change to be gradual as well.” 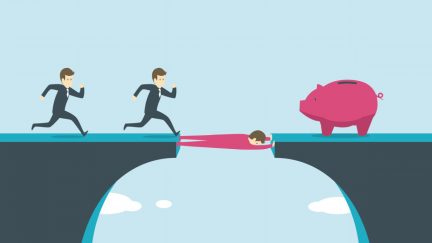 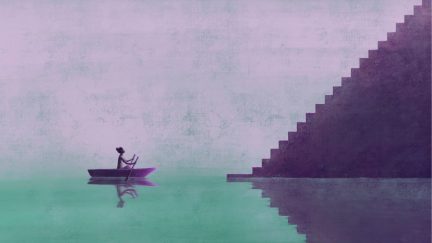 In 2022’s second quarter, average retirement plan balances dropped less than the S&P, which was down 16.1% for the period.
SPONSORED MESSAGE — SCROLL FOR MORE CONTENT