Picture this: A participant has worked in your company for two decades. He’s contributing to the organization’s defined contribution (DC) plan, utilizing a health savings account (HSA) to maximize health care funds for retirement, and consulting his financial adviser yearly to ensure his steady path towards retirement. Check. Check. Check.

While these components suggest an active and aware participant, plan sponsors and their employees will typically fall short of one key benefits task—naming a beneficiary. Naming an individual eligible to receive an employee’s benefits if he passes away is significant, as it protects an employee’s assets and reduces stress for loved ones, as well as the plan sponsor.

“It is a specific step in the enrollment process when you’re joining your retirement plan to declare a beneficiary for the assets that you’ve saved, should something happen to you or when you pass away,” says Meghan Murphy, vice president at Fidelity Investments.

However, Murphy notes that over the last decade, the number of workers naming a beneficiary for their accounts has slightly declined, largely due to automatic enrollment. Participants who were auto-enrolled into their company’s plan may miss declaring a beneficiary, as they fail to enroll themselves into the plan. Due to the rise of auto-enrollment in recent years, Generation X and Millennial workers are notably ones who miss beneficiary elections, Murphy says.

“Overall, we have about a third of our recordkept population who don’t have a beneficiary on file, and there’s a lot of education and communication that’s taking place to try and change that,” Murphy adds.

Plan sponsors who auto-enroll their participants should ask workers to complete a separate beneficiary designation form. These forms will establish beneficiary names, the amount each beneficiary should receive and the relationship between a beneficiary and participant. The forms also ask for a beneficiary’s Social Security or taxpayer identification number.

Should a participant fail to name a beneficiary, it can place a toll on the already-difficult experience following an anticipated or unexpected death. Without a designated beneficiary on file, the process can become document-heavy and potentially filled with court visits. And just because a participant signed a will or prenuptial agreement, doesn’t mean those same beneficiaries will receive assets from benefit plans.  According to DWC 401(k) Investors, because estate planning documents including wills and prenups are subject to state laws and retirement planning documentation is a matter of certain federal laws, the above paperwork is essentially overlooked throughout this process.

“It can drastically increase the length of time it takes for their loved ones to receive those proceeds, following their death,” Murphy explains. “Whereas if you have a beneficiary on file, it’s a relatively easy process to transfer the money, especially in unexpected circumstances where it can only add to people’s stress during that time.”

In this case, DWC 401(k) Experts say plan documents will specify who plan sponsors can designate assets to, typically in the order of surviving spouse; children in equal shares; surviving parents in equal shares; and lastly, estates. Of course, this could have its own set of barriers, as a participant could have been going through a divorce, have step-children or an estranged child that would further add complications.

“Those designations are pretty strict once they’re set into place,” says Murphy. “So, if a participant is in the process of going through divorce or having a baby, [updating beneficiaries] should definitely be one of the things on his checklist.”

Of note, in 2015, a court ruled an employer’s retirement plan documents did not incorporate beneficiary designation forms in its language or appendices, so the forms did not govern the award of benefits.

If a beneficiary cannot be located or has passed away and the plan sponsor has not been contacted requesting beneficiary payments, a law shareholder process allows employers to locate a ‘next-in-line-kin’ to transfer assets to, according to Murphy. A plan sponsor would have to go through a court process at this point, and until a beneficiary is identified or elected, the deceased participant’s assets will remain invested in the plan.

Experiences such as these are why adding an annual benefits enrollment period—allowing participants to check in every year and confirm overall balances, investments and beneficiary designations—is critical to both the plan sponsor and employee. It’s especially important for participants who forget to fill out a form or forget who their beneficiaries are.

“If participants are not sure who their beneficiary is, they can always check with their human resources [HR] department,” Murphy says. “Again, if a participant has been with an employer for a long time and has forgotten if they’ve even gone through this process, they’re better safe than sorry.” 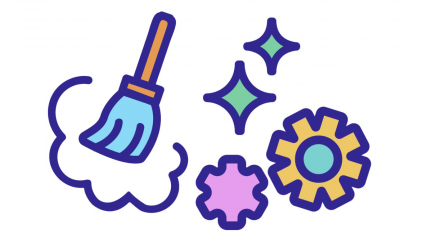 Can Beneficiaries Elect Timing of Payments From Inherited 403(b) Assets?