The remedial amendment period allows 403(b) plan sponsors to correct their plan documents for any differences between provisions of the plan document and how the plan has actually operated.

In October, the IRS issued Revenue Procedure 2019-39, setting forth a system of recurring remedial amendment periods for correcting form defects in 403(b) individually designed plans and 403(b) pre-approved plans occurring after the initial remedial amendment period ends. One important provision in this guidance is that, as of January 1, 2020, any “discretionary” amendment must be adopted by the end of the plan year in which the change to the plan’s operation was made.

A discretionary amendment is one for which the plan sponsor has decided to change a provision of the plan—unlike a required amendment, which is a change required by law. As Robert J. Toth Jr., attorney at the Law Office of Robert J. Toth Jr. in Fort Wayne, Indiana, explains in a blog post, there previously haven’t been any rules which govern the timely adoption of 403(b) plan discretionary amendments.

“As we’ve gone through plans, we’re finding that plan sponsors have made changes and not put them in the document,” he tells PLANSPONSOR. “Let’s say the plan sponsor decided to allow loans, but hasn’t amended the plan to reflect that; as long as the plan is amended by March 31, 2020, there’s no problem. But, going forward, if the plan sponsor makes such a change, the plan document better be amended by the end of the year in which it made the change or there will be an operational failure.”

He adds, “403(b) plans never had such a rule before, some plan sponsors would just get to the amendment whenever they could.”

Toth notes that for required or interim amendments, 403(b) plan sponsors can rely on the entity that created the document and had it approved to make updates. Discretionary amendments take more effort and time.

According to Michael A. Webb, vice president, retirement plan services, Cammack Retirement Group in New York City, most 403(b) plan sponsors have individually designed plans due to multiple vendor agreements, unusual plan provisions or because documents previously offered by providers were not of good quality. He says many will now choose pre-approved master or volume submitter plan documents because they are approved by the IRS as to form.

With a pre-approved (or prototype) plan document, there is a master or volume submitter document, which spells out the main plan requirements and features, and an adoption agreement with provisions plan sponsors have elected for which they have a choice. One advantage of using a pre-approved document, according to Webb, is that many discretionary amendments are made easy, because they simply require a change to checkboxes in the adoption agreement.

So, he suggests that if plan sponsors have plan provisions they no longer use or feel are unnecessary, they should get rid of them and adopt a pre-approved document.

Webb points out that the plan document amendment deadline does not apply to governmental plans—a K-12 403(b) plan, for example. “For discretionary amendments in governmental plans, sponsors have to wait for the state government to pass the amendment. The plan document must then be amended by the later of the end of that year or 60 days after the close of the second legislative session after the amendment is passed,” he explains.

Both Webb and Toth confirm that if a plan sponsor makes a plan change beginning in 2020, it has until December 31, 2020, to amend the plan document—not the remedial amendment period deadline.

And, Toth hopes the IRS is forgiving following the remedial amendment period. “People at the Treasury said they never intended to cause problems. Let’s say a plan sponsor doesn’t get an amendment done by March 31 for a change made in 2019; we’re hopeful that when the IRS comes in on audit, the reaction isn’t too negative.” 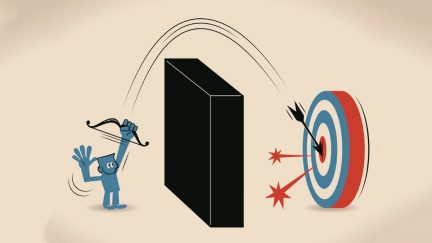