The accumulation of revenue sharing establishes what are called ERISA accounts, also known as suspense accounts, revenue-sharing accounts or expense reimbursement accounts. A blog post from law firm Haynes and Boone LLP reminds plan sponsors that missteps in managing these accounts could result in participant claims.

Where Do Assets in ERISA Accounts Come From?

Susan Wetzel, partner and chair of the Employee Benefits and Executive Compensation Practice Group at Haynes and Boone, explains that money for an ERISA account comes from revenue sharing associated with different investments in a defined contribution (DC) plan. For example, participants invested in Fund X will pay a fee for that fund and a portion of the fees paid to the investment manager will go back to the plan in what is called revenue sharing.

Wetzel says some plans provide that the money goes back to participants. “That’s probably the cleanest way to handle revenue sharing so you don’t generate an ERISA account,” she says.

Wetzel says most plan sponsors use ERISA accounts as plan assets, putting revenue sharing in a trust and using it to pay fees.

Eric Keller, partner and a member of the Global Compensation, Benefits and ERISA practice group at law firm Paul Hastings LLP, explains that the money put into ERISA accounts comes from the third-party administrator (TPA)/recordkeeper.

“When you see an ERISA account, it is usually from a bundled service arrangement,” he says. “The TPA or recordkeeper puts together a menu of funds and is compensated in part based on revenue sharing from various management fees of funds offered on platform. For example, if there is a management fee of 70 basis points [bps], maybe 50 bps goes to the investment manager and the other 20 basis points is shared with the TPA or recordkeeper that makes funds available to plans.”

Keller continues, “Depending on how much revenue sharing the TPA is getting and what is negotiated with plan sponsor clients, there will be a rebate, if you will, where money is made available to the plan sponsor either by direct contribution to the plan trust or by an unfunded notional account for a period of time which can be used for plan expenses.”

In response to considerable litigation about fees, ERISA accounts evolved to alleviate plan sponsors’ concerns that too much money was being made by recordkeepers, Keller says. Still, the management of revenue sharing is being called into question in lawsuits.

According to Wetzel, when revenue sharing became prevalent, about 15 years ago, TPAs suggested the money be accumulated in an account. She says ERISA accounts could have a stigma because of that initial suggestion and, since they are used in part to pay TPA fees, people might think there is a conflict of interest.

Wetzel adds, “There’s very little guidance about where to put the assets. Guidance from the DOL [Department of Labor] in 2013 said assets in the accounts are not plan assets if they are held by the TPA. However, the DOL also said it is not going to say the money cannot be plan assets.”

Wetzel contends that most employers don’t know anything about ERISA accounts and, when they discover they have one, they think they’ve found free money.

“I think the logic is, ‘This is what that fund costs, so anything we get back in revenue share is extra,’” she says. However, plan sponsors need to manage ERISA accounts with prudence, she notes.

“The issue I think plan sponsors need to drill down on is whether the net of what participants pay for the funds—and what they don’t have to pay for administrative fees because of the use of the funds—makes those funds cheaper or whether there is a fund or share class that will offer a lower cost,” Wetzel says. “If revenue sharing is not reducing participants’ fees or being given back to participants, then they are paying a higher fee” than they would for a fund without revenue sharing.

“They [plan sponsors] absolutely should understand the fees charged by funds they are using and, if there are lower-cost, similar investments, why they are using the higher-cost fund,” she adds.

Even though Keller doesn’t think courts are giving claims about revenue sharing much traction—“Courts have been clear: Plan fiduciaries don’t necessarily have to offer the cheapest fund,” he says—plan sponsors have to show procedural prudence. “Committees should ask if a lower-cost share class of an investment is available,” he says.

Keller says that even if at the time of selection, a retirement plan committee decided share classes were reasonable, it needs to be aware of the annual growth of plan assets and whether the amount of assets is enough to obtain cheaper share classes. If not, that is a failure to show procedural prudence, he adds.

“This is why it is important to have a competent adviser looking at fees quarterly to make sure they are competitive, and for plan sponsors to look at what they can get from different providers by issuing an RFI [request for information] or RFP [request for proposals] every few years,” Keller says.

Keller says some plan sponsors have eliminated revenue-sharing funds from their investment lineups due to the perceived unfairness. “Some participants could be paying more than their fair share if those investing in funds with revenue sharing are paying more of the cost plan administration. That is why there’s an argument for per-participant pricing,” he says.

Whether in a notional unfunded account or assets put in a suspense account, the amount in the account should be used by the end of the year—with excess money forfeited or allocated to participants, Keller says. “The IRS takes the position that plans should not have unallocated assets over multiple plan years, so plan sponsors should be looking at ERISA accounts at the end of every year and reallocate any excess to participants. If they are not doing anything with excess, it creates a plan qualification issue,” he adds.

Wetzel says plan sponsors might be surprised at how quickly ERISA accounts can grow. If a fund is generating significant fees, plan sponsors need to evaluate why and whether that fund is prudent. And if there is excess in an ERISA account after administrative fees are paid, Wetzel says, it should be allocated back to participants. “There shouldn’t be a carryover from year to year,” she reiterates.

Keller notes that there has been debate about how to allocate excess revenue sharing fairly. Should participants who are not invested in funds that pay revenue sharing get the benefit of either fee reductions or refunds? He says any employer wrestling with how to handle the funds should consult with counsel.

Wetzel says plan sponsors should strive for fairness when managing ERISA accounts. “Participants may benefit from revenue sharing because the fees they would otherwise pay are being paid from the ERISA account, but does this mean some participants are paying a disproportionate share of fees?” she says.

Wetzel suggests that plan sponsors consider whether there is a way to reduce revenue sharing. “And document everything,” she says. “The money often goes into ERISA accounts on autopilot, but plan sponsors should document that they’ve evaluated the account and understand it. The DOL has asked [plan sponsors] about ERISA accounts, and if they don’t know, they haven’t done their fiduciary duty.” 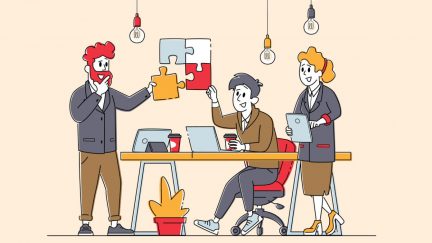 Revenue Sharing Is Not Necessarily a Bad Thing

« What Advisers Would Like Plan Sponsors to Better Understand