Following a pattern as trendsetters, the 20 members of the $20 billion club collectively dismissed funding relief and paid more than triple their mandated contributions in 2017, according to Russell Investments.

Each corporation in the $20 billion club maintains global pension liabilities in excess of $20 billion. These collective global liabilities represent approximately 40% of all the defined benefit (DB) plan liabilities held by U.S.-listed companies.

For the first time since 2013 (when rates rose and equity markets cooperated), funded status meaningfully improved. This was despite discount rates (grouped into “actuarial losses”) falling. In fact, for the first time since 2009, actuarial gains/losses were not the leading driver in funded status changes; net asset returns (asset returns in excess of interest cost) were.

According to Justin Owens, CFA, FSA, EA, director, client strategy and research at Russell, while total 2017 contributions were the single largest ever recorded, just as noteworthy was the contribution above requirements. “Recently many sponsors have been content to contribute to their DB plans only when they were required to. In contrast, they took a proactive approach in 2017 by contributing discretionary amounts in order to satisfy objectives beyond the government-mandated minimum,” he says.

Between the years of 2009 and 2013 the total contributions hovered from about $25 to $30 billion. Since Moving Ahead for Progress in the 21st Century Act (MAP-21)—and its successors the Highway and Transportation Funding Act of 2014 (HATFA) and the Bipartisan Budget Act of 2015—was passed, contributions have generally been much lower, bottoming out at about $13 billion in 2015 when funding relief was in full effect.

Tax reform and Pension Benefit Guaranty Corporation (PBGC) premiums were the key contribution motivators, according to Russell Investments. Funding contributions with cash, company equity, and borrowing all took place in 2017.

With tax reform finalized, several members of the $20 billion club have announced massive contributions for 2018, Russell notes. “We expect others in the industry will take similar actions,” says Owens. 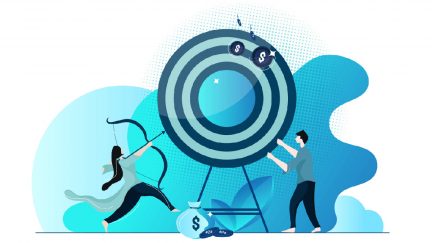 Funded Levels for Multiemployer Plans Tumble in First Half of 2022

The total funding shortfall for more than 1,200 plans balloons by $85 billion in six months.