The American Rescue Plan Act (ARPA) allows multiemployer plans that are in critical and declining status to apply to receive a lump sum of money to make benefit payments and pay expenses for the next 30 years, or through 2051. They must track the money they receive and earnings on that money separately from other funds.

The Pension Benefit Guaranty Corporation (PBGC) has issued an interim final rule that lays out the requirements for special financial assistance (SFA) applications and restrictions and conditions on the amounts received. This includes the interest rate assumption to be used in calculating a plan’s benefit obligations to be considered when calculating the amount of assistance, as well as how the SFA assets can be invested.

Shivin Kwatra, head of liability-driven investing (LDI) portfolio management at Insight Investment, says PBGC made it clear that the rate plans will need to use is the lesser of the third segment rate plus 2.5 basis points (bps), which is roughly 5.5%, or the interest rate the plan used in its Form 5500 filing with the Department of Labor (DOL). Kwatra says that for most plans, that is also 5.5%, but for certain troubled plans it will be lower. For example, for the Central States, Southeast and Southwest Areas Pension Plan, it is 3%.

He notes that there is a potential for inequity because of the discount rate some plans use versus others; plans might have the same obligations but get different SFA payments.

“We were hoping for better alignment with market rates, but that’s not the direction regulators wanted to take,” Kwatra says. He notes that in the interim final rule, PBGC said it was only sanctioning investment-grade bonds as permissible investments for the SFA payments at this time, which could be a critical challenge for plans. Kwatra says yields on those today are closer to 3%, so there will be a gap between what the relief assets earn and the obligations plans will need to pay out based on a 5.5% interest rate assumption.

Sue Crotty, senior vice president and multiemployer practice leader, Segal Marco Advisors, says under the existing investment restrictions, there isn’t a way for plans that get assistance to get to a 5.5% return.

“Even a high-yield bond today is returning around 3.8%, and that isn’t even contemplated at some durations,” she says. “Investment-grade bonds return around 2%, and there’s no leverage on that, so it’s a problem.”

Crotty points out that the PBGC interim final rule allows for 5% of the SFA assets to be invested in so-called “fallen angels.” She explains that PBGC says if plan sponsors bought a vehicle that was considered investment grade at the time, but fell to a lower rating, they can hold onto such vehicles for up to 5% of the portfolio. “Fallen angels will be trading above investment-grade bonds, but that won’t help to reach the 5.5% needed return,” Crotty says.

Plan sponsors are left with looking at the combination of the two pools of assets—SFA plus legacy—to get to a point where they can meet benefit obligations at least through 2051, says Crotty. Adding equities may be one way to try to get the combined pool of assets to meet obligations. “Since many plans close to insolvency had been de-risking, they can now consider putting more back into equities,” she says.

“Certainly, the portion of assets not dedicated to SFA can be tweaked to reach the plan’s overall goal,” he says. “The overall allocation should be examined after factoring in the requirements for separated assets.”

Levine says that could potentially mean taking more risk with legacy assets. “I’m not saying equities are the right answer, but potentially they are,” he says. “We also think it’s a positive advancement in investment strategy to focus on meeting obligations. That provides a metric to be measured and a goal.”

Levine explains that the plan’s overall allocation will experience an increase in fixed income with the mandate for segregated assets, so there’s an opportunity to reallocate current assets. He adds that a cash flow-driven investment strategy should be at forefront.

“Using buy-and-hold fixed-income strategies, where maturities line up with the benefits owed, can increase the likelihood of fulfilling benefit obligations through a certain amount of time,” Levine says. “Plans will likely remain underfunded, so that strategy won’t be successful for the longer term, meaning more risk assets will be needed. So it’s a combination of buy and hold, higher yielding strategies for short-term investments that potentially have less risks, and then risk assets to potentially cover the longer-term obligation—ideally those that provide a return benefit to make up for underfunding.”

Kwatra says plans that are better funded can continue to use a liability-matching approach to investing, but those that aren’t well-funded might be forced to take more risk. He echoes Levine’s sentiment that if a plan takes on more risk in investments, it must also manage its cash flow. He notes that many of these plans are in decumulation—meaning there are more retired participants than active ones—so it will be important to manage cash flow to make sure they can pay out benefits.

The SFA is designed to cover obligations for the next 30 years, but most plans probably will be paying out benefits longer than that. If they re-risk and there’s a downturn in the market, the plans could run out of money. Kwatra says plans’ trustees boards will have to make decisions about how to invest existing assets. A “high certainty” approach would be to use LDI, matching liabilities with investments, while also considering cash flow needs. However, those plans that are less funded wouldn’t want to do this because they don’t want to lock in their inability to meet their benefit obligations, he says.

Crotty suggests that the same board of trustees manage both pools of assets.

“They would be better off using the combined buying power to hire investment managers for SFA assets,” she says. “They need low-cost vehicles or separate accounts, depending on the plan’s size, to help meet obligations.”

Crotty notes that PBGC was very explicit asking for comments—there were four questions asked—so it’s possible the regulator will expand on its permissible investments.

Kwatra says, “In conversations with regulators, we were arguing for a market-based discount rate, which would allow plans to get more money to be better funded and pursue a liability-based investment approach and ensure they can pay benefits.” With the parameters the PBGC set, he adds, “we think it will be a balancing act between return generation, risk management and cash flow management. Plans will have to be cognizant about selling risk to have the cash flow they need.” 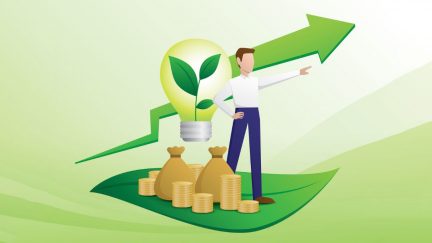 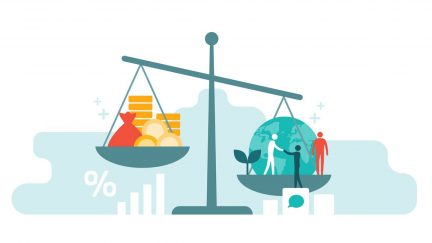