A lawsuit filed by an environmental scientist in Australia against his pension fund for not adequately disclosing or assessing the effect of climate change on its investments has been settled.

Bloomberg reports that the Retail Employees Superannuation Trust, commonly referred to as Rest, has committed to net zero emissions in its portfolio by 2050. The fund also said it would “enhance its consideration” of such risks when making investments, publicly reveal its holdings and monitor the approach of its external fund managers, according to the news report.

Maximilian Horster, managing director and head of climate solutions at Institutional Shareholder Services (ISS)* ESG, previously told PLANSPONSOR that the Australian environmental scientist was not suing for his retirement plan to invest differently—he sued because plan fiduciaries didn’t even understand or measure the risk from climate change. Horster said the first step for plan fiduciaries is to understand what the risk of climate change is to investments or how to invest to help mitigate climate change.

More retirement plan participants are asking for environmental, social and governance (ESG) investments in their plans, and many academics and retirement plan industry professionals alike believe evaluating ESG factors is part of a plan sponsor’s fiduciary duties. This summer, the Department of Labor (DOL) issued a proposed regulation that seemed to create stricter limits for ESG investing in retirement plans. However, during the comment period, the DOL received more than 1,500 comments—1,100 of which criticized the proposed rule.

In an interview with PLANSPONSOR, Vikram Gandhi, a Harvard Business School professor who developed the school’s first course on impact investing, said the fiduciary obligation is to preserve and increase capital given a certain level or risk, especially if employers are considering the long term. “If you have a long-term time horizon, then you should be thinking of ESG [investments] as part of the investment process, because otherwise you’re not fulfilling your fiduciary obligation,” he argued.

The DOL has since issued a final rule that emphasizes the importance of using only “pecuniary” factors in the assessment of investment options within tax-qualified retirement plans, without language about ESG investments.

Horster told PLANSPONSOR that climate litigation has been around for many years, and “there are many initiatives [in] which investors face the risk of being sued about climate change.”

According to Bloomberg, Brynn O’Brien, executive director of the Australasian Centre for Corporate Responsibility, said the settlement in the Australian pension fund lawsuit will “reverberate. People will be looking into it very closely around the world.” 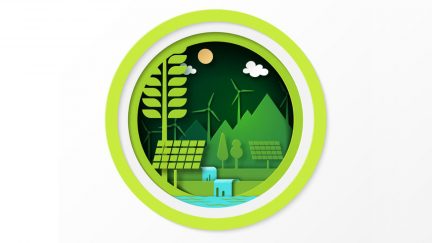 The title of the regulation also suggests it will address the related but distinct issue of proxy voting advice and...
SPONSORED MESSAGE — SCROLL FOR MORE CONTENT