A fully insured plan is when an employer has decided to purchase an insurance contract to cover the costs and financial risks associated with its employee health plan. A self-insured health plan is when an employer uses its own funds, including funds that might be set aside in a separate trust maintained by the employer (e.g., a voluntary employee beneficiary association), to cover such costs. Employers offering self-insured plans often purchase stop-loss coverage from an insurance company to mitigate the risk of higher-than-budgeted expenses.

Self-funding may be cheaper due to the different types of fees built into premium costs, but it is also cheaper under the ACA, which requires more taxes and subsidies. The share of both private-sector self-insured health plans and number of covered workers in self-insured health plans have increased among small and mid-sized firms since enactment of the ACA in 2010. In 2016, the Employee Benefit Research Institute (EBRI) found the largest increases in self-insured plan coverage among covered workers occurred in establishments with 25 to 99 employees and with 100 to 999 employees.

However, recent EBRI research suggests the percentage of all private-sector establishments offering health plans, at least one of which is self-insured, has since fallen. Data from the Medical Expenditure Panel Survey – Insurance Component (MEPS-IC) shows, in 2016, 40.7% of private-sector employers reported that they self-insured at least one of their health plans, but by 2018, 38.7% reported the same.

“The availability of self-insured plans is now increasing among large establishments, has started to fall among small establishments, and might be stabilizing among medium-sized establishments,” said Paul Fronstin, director of the Health Research and Education Program, EBRI.

The recent EBRI report doesn’t provide any answers about why the movement to self-funding may be reversing itself.

Ray West, chief growth officer at Maestro Health, based in Orlando, says it seems to make sense. “The expectation was, as a response to the ACA, small businesses would be subject to its employer mandate and would choose the self-funded path,” he says. “Then some companies offered level-funded plans—in which they take plan costs and spread them over 12 months to look like premiums to spread out risk—but some companies were underfunding the plans in order to make premium equivalence look more attractive, so in the second year, there were huge increases in the monthly costs to participants as companies were trying to catch up with claims costs.”

West adds that several states adopted warnings for selling stop-loss insurance to small groups. In 1995, the National Association of Insurance Commissioners (NAIC) adopted a model state law setting minimum specific and aggregate attachment points for stop-loss coverage. Higher attachment points may dissuade some small employers from self-funding by exposing employers to greater risk than they would face with policies with low attachment points, according to a report supported by the Robert Wood Johnson Foundation (RWJF) and the Urban Institute.

For instance, the report says, while large employers may be able to tolerate the risk exposure of a stop-loss plan with a $60,000 or $100,000 specific attachment point, most small employers will likely find these points to be too high.

According to West, lots of confusion was created about what to do and what is the right to do. When small employers realized the risks they were taking with self-funding, they moved to offer other coverage

Is there really a decrease in self-funding?

Beth Umland, head of research for health at Mercer in New York City, says Mercer is not seeing a decline in self-funding; it is seeing slow and steady growth.

Mercer’s most recent National Survey of Employer-Sponsored Health Plans found, among employers with 10 to 49 employees, 17% offered a self-insured plan in 2018, up from 10% in 2014. Among other employer sizes (based on number of employees), the numbers were:

Umland says the difference between Mercer’s data and EBRI’s may be explained by the dataset used. She also notes that the decrease discussed in the EBRI report is small and only covered a difference over two years.

Is self-funding still a good idea?

According to West, there are still some things self-funding can do even for small groups that understand their risks. “Good care management and case management are things that directly affect utilization,” he says. “Plan sponsors that self-fund health benefits can use claim analytics to make sure services are delivered at the right time, right place and right price”

He adds that cost pressure is motivating employers to be more creative in managing their health plans, and with self-funding, employers are still saving on state taxes and ACA taxes and subsidies.

According to Kra, one barrier to employers moving to self-funding their health benefits, historically, is the fear of unknown costs. “We’ve built sophisticated tools to model the probability of having a bad year. Clients usually find the likelihood is small, especially if they have the right stop-loss insurance. There are better tools now to model and determine what level of stop-loss is needed,” he says.

“It is an exciting time in the health benefits space now. There are so many new creative solutions employers can choose from,” Kra says. 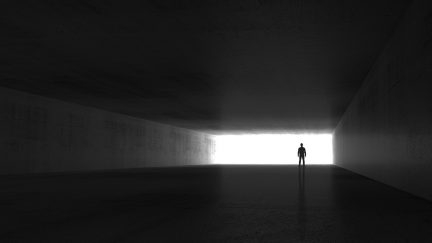 The new approach consolidates all of the critical components of health care into a single integrated solution designed to reduce...
SPONSORED MESSAGE — SCROLL FOR MORE CONTENT