Fifty-six percent of Americans age 60 and older are concerned that health care costs will outpace their retirement savings, and 43% think the same of prescription drug costs, a National Council on Aging (NCOA)/Ipsos survey found.

Women are even more concerned than men, with 60% worried about the rising costs of health care and 46% worried about prescription drug costs. Sixty-eight percent of Americans age 60 and older with household incomes of less than $50,000 are worried.

“Results underscore the reality of an uneven playing field for women in the American economy and the economic opportunity cost after years as mothers and caregivers and not wage-earners. However, the ever-rising cost of health care and prescription drugs are a real and imminent threat to a safe, secure, and dignified retirement for aging adults across the country regardless of gender,” says Anna Maria Chavez, NCOA executive vice president and chief growth officer. “After careers of earning less than their male counterparts, women are more likely to face financial insecurity, and this survey shows widespread concern among women, far more than men.”

The findings are based on an online Ipsos poll conducted among 1,227 adults in May and June. 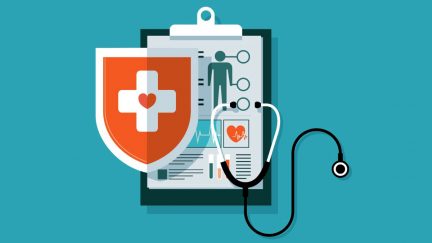 Employers and Employees Can Benefit From Understanding Medicare

Medicare only covers several types of medical costs for retirees, not including premiums and deductibles. Experts say it’s time for...

HealthSavings Administrators has partnered with eHealth to help employees with the selection of different Medicare plans.

The collaboration gives Principal customers with an HSA through HSA Bank easy access to a comprehensive online snapshot of their...
SPONSORED MESSAGE — SCROLL FOR MORE CONTENT

« How to Walk the Line With Pension Overpayments