As part of the leadership shuffle, Zach Buchwald will now oversee the group serving all institutional clients in the United States and Canada.

The firm also confirmed that, in January of this year, Salim Ramji succeeded Mark Wiedman as global head of iShares. Wiedman, for his part, was promoted to head of international and of corporate strategy.

According to the most recent PLANADVISER DCIO Survey, BlackRock’s DCIO product portfolio covers more than 170 funds, including the LifePath TDF series. The firm works with nearly 70 recordkeepers and is the largest DCIO asset manager by client investment volume. According to the survey, the LifePath TDF series is the second largest in the industry, trailing only T. Rowe Price’s TDFs. The firm ranked seventh in terms of the largest increase in DCIO assets in 2017 versus 2016.

Upon closing, Centurion will become part of Trion Group, a Marsh & McLennan agency. Jim Hageney, who has served as a managing partner of Centurion since its formation, will continue to lead the group.

“We are delighted to welcome Centurion’s talented and experienced retirement consulting services, investment and health professionals to MMA,” says Chris Veno, co-CEO of Trion. “The addition of Centurion will enhance our offerings and expand our expertise, especially in retirement planning, and enable us to provide even greater support to our clients.”

Dispense joins D.A. Davidson with experience in fixed income capital markets, most recently with George K. Baum & Co. in Denver, where he served as co-head of capital markets. During his 16 years in the fixed income securities industry, he has led underwriting, trading and sales teams and has provided market access for municipal bond issuers from a wide range of industries and regions.

Dispense was hired to lead D.A. Davidson’s Fixed Income Capital Markets group with the retirement of longtime President Sam Doyle, who will remain with the firm during the leadership transition before stepping down later this year. Dispense will work from the firm’s Denver office and report directly to the CEO.

Buck, an integrated human resources (HR) and benefits consulting, administration, and technology services firm, announced that Arthur Noonan has been appointed wealth practice leader, Central Region. He will oversee the delivery of wealth services to Buck’s clients in the Central region.

“Buck is known for its industry expertise and outstanding culture of client service,” says Noonan. “I view myself as a true extension of my clients’ internal team and take pride in developing a deep understanding of their business, priorities, strategy, and workforce so I can proactively bring opportunities that are relevant, timely, and results-oriented.”

“Arthur delivers timely and valuable advice to his clients, generating significant savings and improved outcomes for their workforce,” says Tonya Manning, U.S. wealth practice leader and chief actuary of Buck. “He’ll have an immediate impact on the clients he serves.”

What Employers Need to Know About HSAs 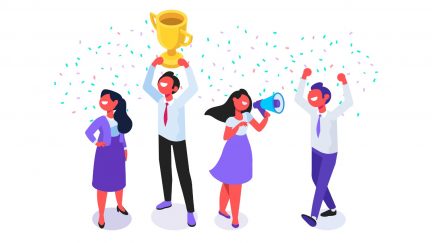 Calling All PLANSPONSOR Plan Adviser of the Year Nominations

Does your retirement plan adviser go above and beyond for your plan and participants? Tells us their story by nominating...