As has been the case with qualified defined benefit (DB) plans, the prevalence of DB supplemental executive retirement plans (SERPs) has also seen a decline over the last several years, according to the Newport/PLANSPONSOR 2020 Executive Benefit Survey. Forty-three percent of companies that participated in the survey reported having a SERP, but only 15% indicated their SERP was active.

Yet, there is still value to implementing a SERP. “Among public companies, SERPs are definitely less prevalent than 10 or 15 years ago. However, for private companies or for tax-exempt companies, SERPs are frequently added and used,” says Mike Shannon, Newport’s senior vice president of NQ [nonqualified] consulting.

Twenty-three percent of companies that offer SERPs said their SERP was frozen to new participants, and 11% reported it was frozen to new benefit accruals. Shannon explains that a frozen SERP will remain with at a company until the last participant is paid out—which could be well into the future. “As an example, a 45-year-old in a frozen DB SERP may have 20 years before he begins collecting a benefit and may collect it for another 15 to 25 years. So, it’s not impossible for a frozen SERP to last 40 to 50 years into the future,” he says.

There is a pension risk transfer (PRT) market for SERPs. However, Shannon says, unlike qualified pension plans, SERPs would typically be involved in a “pension buy-in” rather than a “pension buy-out.” That is, instead of settling the benefit and removing participants from the plan, an asset is purchased for the plan to ensure that plan assets and liabilities are matched, and benefits are paid by the plan sponsor.

“Alternatively, the plan could potentially be terminated and settled using either cash or annuity distributions to settle the benefit,” Shannon says.

According to the Newport/PLANSPONSOR 2020 Executive Benefit Survey, the most common benefit formula for DB SERPs is “offset” (56%). Often, these plans allow benefits inaccessible to executives through qualified plans, due to statutory limits.

Flat dollar (23%) amount and “other” (20%) were the next most common benefit formulas. Flat dollar amounts and other methods are common forms of SERPs when equity compensation is unavailable, Newport says in the survey report. Formulas under “other” included a percentage of compensation and a rate of interest intended to provide a specific benefit amount.

Cliff vesting is the most common vesting method, at 59%, for SERPs. Newport says vesting after a specified number of years is a transparent and straightforward approach to vesting when a SERP is either a make-whole arrangement for a group of participants or an “equity replacement” for a few.

Newport says the high percentage of lump-sum distributions may have resulted from 457(f) arrangements in the tax-exempt market, but another factor may be that participants have some benefit-security concerns post-retirement when they are no longer involved in the day-to-day decisions of the company.

Newport notes that lump-sum distributions are less tax efficient. “Participants can move to states with zero or low state income tax, collect SERP benefits over at least a 10-year period and minimize their state income taxes,” the survey report says. “However, if a participant resides in a high income tax state and/or receives payments over fewer than 10 years, there may be a considerable tax bill that could have partially been avoided” by taking his SERP distribution in installments.

Although it was a longstanding practice for the trustees of the Young Adult Institute to vote on executives’ entry into... 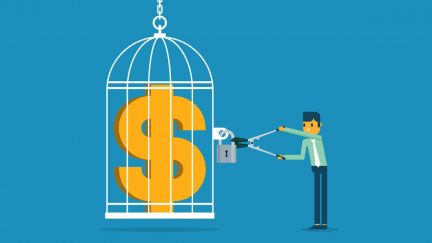 Court Finds Executive Made a Valid Claim for SERP Benefits

A judge found that an email requesting information about obtaining benefits constituted a ‘written request’ as required by the plan...
SPONSORED MESSAGE — SCROLL FOR MORE CONTENT