Plan sponsors and their recordkeepers believe that a focus on retirement income will be one of the biggest retirement practice trends to emerge in the next several years. PLANSPONSOR spoke with Robin Lenna, executive vice president of MetLife’s Corporate Benefit Funding group, which includes the company’s institutional retirement business, and Jeffrey R. Brown, the William G. Karnes Professor of Finance at the University of Illinois College of Business, about the qualified retirement plan system and what plan sponsors should consider as they seek to ensure that their plans provide successful retirement outcomes for plan participants.

PS: In recent years, some have called into question the adequacy of the U.S. retirement system. What role do qualified plans play in helping to ensure retirement security for American workers?

Brown: Employer-provided plans are essential to the retirement security of American workers. About four out of every five full-time workers have access to an employer-provided plan, and individual retirement accounts (IRAs) are an available option to those who do not. More than just providing access to a plan, however, the employer is often viewed as a trusted intermediary who can help employees navigate the complex waters. Absent that trusted intermediary, the average worker would find it too overwhelming to navigate the thousands of products in the marketplace.

Lenna: I completely agree. Qualified retirement plans are the most efficient way for employers to provide retirement security to their employees. Defined benefit (DB) pension plans and defined contribution (DC) plans are often underappreciated and play a significant role in supplementing Social Security, a program that was never designed to be the sole source of retirement income for most Americans.

PS: What impact has the steady decline in the prevalence of defined benefit plans had on workers’ retirement security?

Brown: That’s right. Overall retirement plan coverage rates are not so different today than they were in the heyday of DB plans. The key difference is that individuals have to take more responsibility for their own planning in the current environment. Recent changes—such as auto-enrollment, auto-escalation and the prevalence of diversified default options—have made the defined contribution plan a much better substitute for the defined benefit plan than was the case a decade ago.

One key difference with the shift from DB to DC, however, has been the corresponding decline in annuitized income streams. In the old days, defined benefit plans almost always provided benefits in the form of guaranteed lifetime income that could not be outlived. Today, DB plan participants are increasingly taking lump sums, and many DC participants do not even have an in-plan option to convert their wealth to guaranteed income. This needs to change, because the average retiree would have improved retirement security if he had the tools needed to guarantee that he will not outlive his nest egg.

PS: What are the most significant risks that individuals face in retirement?

Lenna: Plan participants face a number of risks in retirement, namely market risk, inflation risk and longevity risk. Longevity risk—the risk of living longer than average life expectancy—is arguably the biggest risk in retirement because it amplifies the other two risks by increasing the length of time an individual is exposed to them. Individuals who spend down their retirement assets based on their life expectancy will run out of savings if they live longer than expected, which half the population will do.

Brown: There is one other risk that shouldn’t be overlooked—uninsured medical expenses, such as for an extended long-term care episode. Without insurance, individuals can see their nest egg depleted quite quickly.

PS: With much of the burden for retirement shifting to individuals, what role should plan sponsors play in helping to ensure successful retirement outcomes?

Brown: It is very important to have a well-designed plan. In my opinion, this would consist of several elements. First, automatically enroll individuals at a meaningful rate of saving—I would suggest 6% or more—and escalate those contributions automatically over time. Second, provide limited choices of no more than 10 to 15 low-cost investment options—too many options overwhelms and confuses individuals. Third, provide the option for individuals to convert their account into guaranteed lifetime income.

Lenna: Changing a retirement plan’s ultimate focus from savings to income through a robust educational campaign can help create the frame of reference necessary for sponsors to offer, and for participants to select, guaranteed retirement income. For plan sponsors, facilitating the ability of DC plan participants to generate income for retirement from the plan may be as important as any decision they make.

Brown: Well said. Retirement income should be the main goal of any retirement plan. It really makes very little sense that we have become so focused on the accumulation of wealth as an objective in and of itself. A person’s well-being in retirement is not determined by the balance in his account on a given day; rather, it is determined by his ability to purchase the goods and services that he needs every week or every month to maintain his living standard.

For a plan sponsor, the value proposition is that by providing access to guaranteed income, they can improve the future retirement well-being of their workers without any increase in the plan’s contribution rates. Numerous research studies have shown that providing access to guaranteed income products can be as powerful at boosting retirement security as increasing contributions or investment returns.

PS: Can you describe some of the public policy initiatives currently on the docket to simplify the regulatory framework and make it easier for plan sponsors to ensure successful retirement outcomes?

Lenna: We see three key fiduciary issues related to retirement income where regulatory clarification would be very helpful. They include: 1) a workable safe harbor on which plan sponsors could rely for annuity carrier selection in defined contribution plans; 2) clarification that providing information about retirement income and related topics is education (which does not carry a fiduciary burden) rather than advice (which does), similar to how investment education is handled under Interpretive Bulletin 96-1; and, 3) expressing plan benefits in income terms on benefit statements without adding fiduciary risk.

PS: If a plan sponsor is exploring making guaranteed lifetime income available to defined contribution plan participants, are there any guiding principles they should contemplate in that decisionmaking process?

Brown: First, do not assume that workers do not want lifetime income just because they have not been clamoring for it. A growing body of academic research is suggesting that our investment-focused approach to the DC space has conditioned people to think in terms of account balances rather than retirement income. But once the frame is changed—typically defined as different representations of the same financial choice—most people find guaranteed lifetime income to be an attractive feature. Getting income options into a plan is a critical first step in changing the conversation.

Second, keep the options simple. Participants have a difficult time making long-term decisions in the face of uncertainty, and that problem is exacerbated if the choice they have to make is made even more complex by product confusion.

Third, take a holistic approach to the decision. It is not enough just to tack on an income option, plan sponsors should also be thinking about how to retool their communications to put people into an income-oriented mindset.

Fourth, don’t be deterred by fiduciary considerations. Of course one has to go through a thoughtful process when choosing a provider, but my experience with plan sponsors suggests that their concerns about fiduciary risks may be overblown relative to reality. This is, in part, an unfortunate consequence of old Department of Labor (DOL) rules that left the impression that there was an impossibly high fiduciary standard applied to those wishing to offer an annuity. These rules were clarified after the Pension Protection Act (PPA), and I expect further clarifications in the future that will provide even further comfort on this front.

PS: What impact does the framing of annuities have on participants’ views about the product?

Brown: My research has shown that when we condition people to focus on wealth accumulation, they tend to view life annuity products as risky investments. But when we condition them to think about retirement income, they view life annuities as a valuable form of insurance. Indeed, we show that very simple changes in language—such as using words like “spend” or “consume” instead of “invest” or “returns”—can increase by 50 percentage points the proportion of the population that believes a life annuity is a valuable product. 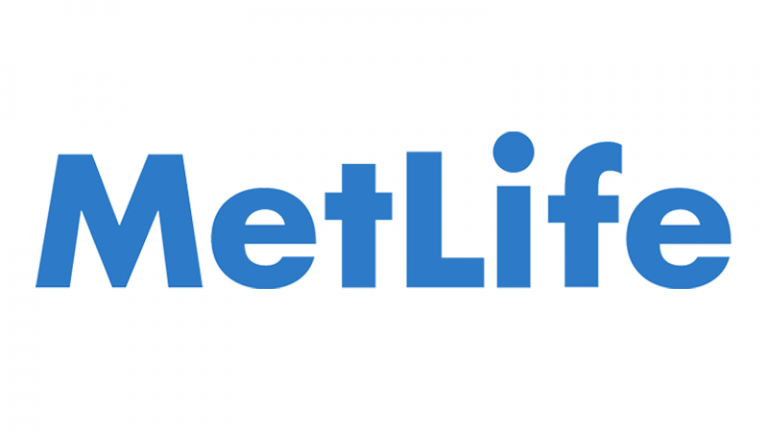