From where did Lincoln Logs get its name?

Some say John chose the name “Lincoln” to honor his dad’s original middle name, which was later changed to Lloyd.

However, the toy’s marketing points to the more likely conclusion that the toy was named after Abraham Lincoln.

The toy’s packaging featured a drawing of a log cabin, a small portrait of Lincoln and the slogan “Interesting playthings typifying the spirit of America.” The toy capitalized on both a nostalgia for the frontier at a time when the United States was becoming increasingly urbanized and a wave of patriotism in the wake of World War I. 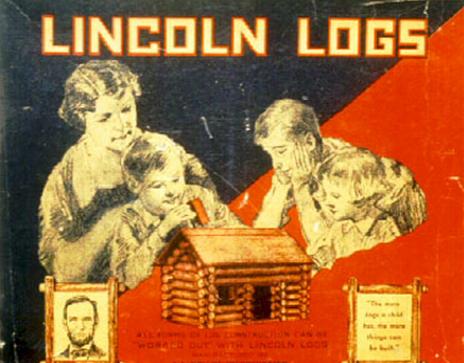