The webinar opened with a video address given by Representative Jimmy Panetta, D-California, who spoke optimistically and favorably about the possibility of retirement reform legislation being the core piece of bipartisan cooperation over the next two years. Panetta praised the fact that the prior Congress was able to pass the Setting Every Community Up for Retirement Enhancement (SECURE) Act, and he said there is already ongoing discussion among his colleagues about doing more in this area.

“In the 117th Congress, we want to support retirement security once again,” Panetta said. “I am a big supporter of the Securing a Strong Retirement Act, or ‘SECURE 2.0,’ as it is referred to. It contains bipartisan legislation that I and others have been pushing for, including what I see as an important provision to allow 403(b) plans to invest in collective investment trusts [CITs]. It just doesn’t make sense anymore to limit the 403(b) plan community from investing in CITs. The costs savings from CITs could help deliver thousands of dollars in saved fees for teachers, administrators and those doing critical charity and community work.”

Panetta said he believes it is “very important and very possible” to work across the aisle on this matter.

“I know it feels like there is a lot of conflict between and within the parties,” he noted. “However, it is time for our nation to heal and work together. I’m confident that the Biden administration will join us and work hard in the spirit of bipartisanship, and I know retirement security can be a uniting issue.”

Following Panetta’s recorded address, an expert panel discussed in detail the issue of opening access to CITs for 403(b) plan sponsors and their participants. The speakers included Sandy Blair, director of retirement readiness at the California State Teachers’ Retirement System (CalSTRS); Angela Montez, general counsel and chief legal officer at ICMA-RC; and Aron Szapiro, head of policy research for Morningstar. The trio agreed wholeheartedly that allowing such plans to invest in CITs is a natural step forward for a sector of the retirement planning market that has long been accustomed to shifting rules and regulations.

“We have had very productive discussions with [Panetta] and his colleagues on this issue,” Blair said. “We engage with Congress regularly with our Capitol Hill visits, and this is something we’ve been discussing over the years. We are very pleased to see more members of Congress realize this issue and embrace the need to create legislation to address 403(b) plan access to CITs.”

Montez discussed how the CIT market has been developing for a long time.

“Though they had been around for decades prior, CITs became much more like mutual funds in the early 2000s, based on some important administration and transparency developments that allowed for daily valuation and easier analysis of holdings and performance,” Montez observed. “Today, at this stage, the operational barriers to using CITs have been eliminated, and so it is the right time to address the statutory barriers, and that is what this legislation would do.”

“Yes, it is true that mutual funds have become less expensive, but CITs still have a sizable pricing advantage, and I would argue that mutual fund fees cannot fall much further, while CIT fees can, given their inherent efficiencies,” Szapiro said. “Our data shows that CITs are cheaper than comparable mutual funds 91% of the time. Compared to the least expensive share classes, CITs are still cheaper 82% of the time. Another important figure is that actively managed CIT strategies come in at about 60% of the price of a typical actively managed mutual fund strategy, on average. That is meaningful.”

Responding to an audience question, Szapiro said he has heard the argument that compressed mutual fund fees make the need to open up access to CITs less pressing, and, in a limited sense, he said that is true. However, he argued, there is more going on here than simple price comparisons.

“One important dynamic playing out is that many fund managers are launching some innovative and interesting target-date fund [TDF] strategies exclusively as CITs,” Szapiro said. “In fact, CITs have become a primary focal point for the investment industry. And, again, as more and more assets flow into CITs and as CITs grow bigger and bigger, there is no reason they can’t push their fees even lower, given the efficiency of the vehicle.”

Montez agreed with Szapiro, noting that CITs also offer potentially greater opportunities for customization based on the unique workforce characteristics of governments, schools and nonprofits.

Blair concluded that, with the right congressional action, CITs could become an important tool for 403(b) plan sponsors, but that is not to say that CITs will be right for every plan or participant.

“Ultimately, this is about building choice and improving consistency across different plan types and employment sectors,” she said. “We must make sure governmental workers can have successful retirement outcomes, and that will be about each plan looking internally and doing an individual analysis of whether this will be something that complements and improves their investment lineup. Overall, I expect more and more sponsors will be looking at CITs as a cost-saving tool.” 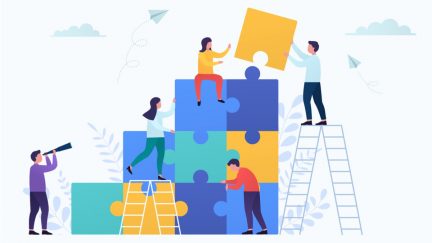