In East Bay, California, a Facebook outage this week concerned residents. East Bay 911 dispatchers said five people called 911 to ask when Facebook and Instagram, which also went down, would come back online. The local CBS station reports that one dispatcher said one of the callers called back to complain that it was rude to tell callers it was  not a life-threatening emergency.

In Houston, Texas, a would-be robber climbed onto the roof of a Family Dollar, and managed to break through to ceiling of the store. But then he fell through—landing right in front of a nearby police officer. KHOU reports that the police officer ordered the suspect to stay on the floor, where he was taken into custody.

In Fort Mill, South Carolina, a security officer found an abandoned truck with an 8-month-old baby in it in the parking lot of the Carowinds theme park. Minutes later, a couple returned to the truck. According to the Associated Press, police say the couple broke into the theme park, which was closed for the off-season. The female of the couple told police that God and aliens told them to do it. The couple was arrested on multiple charges and the baby was put into protective custody.

In New Hampshire, the state lottery has released its first scratch-n-sniff “I Heart Bacon” ticket, which features a $1,000 grand prize. To promote the ticket, the New Hampshire Lottery will be driving a “bacon truck,” handing out free applewood smoked bacon samples and tickets at various locations, the Associate Press reports.

This toddler has Bob Marley’s moves down.

If you can't view the below video, try http://youtu.be/R6jrhZGCQag

In Jeddah, Saudi Arabia, a radiology resident at King Abdulaziz University Hospital said a 16-month-old boy's parents brought him into the hospital suspecting he had swallowed an unknown object, and a round of X-rays were performed. According to UPI, the resident said the object appeared to be a hair pin on a side-view X-ray image, but a front-view image showed the unmistakable form of Nickelodeon star SpongeBob SquarePants. It was a pendant for jewelry which belonged to the boy's sister. It was removed and the toddler was sent home. You can see SpongeBob grinning in the X-ray. 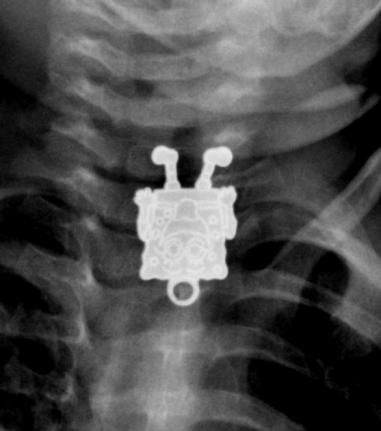 In Dudinka, Siberia, a water main burst amid a snow storm, and with temperatures dropping to -40C during the night, the water froze solid in the street. We have a picture. 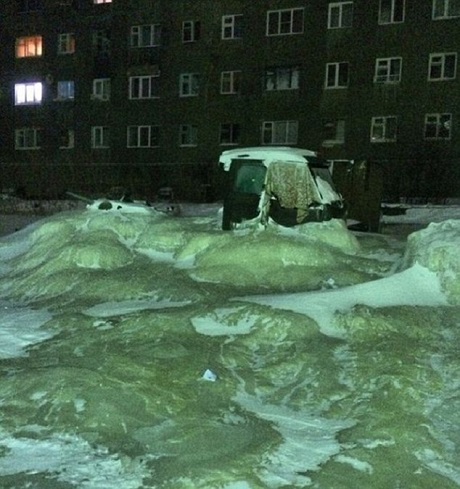