In Plaistow, New Hampshire, a man thought he was clever donning a Home Depot apron in an effort to steal air conditioners. WMUR News reports the man was able to load two air conditioners into his pickup truck and went back inside the store. Then, the manager noticed the name tag with the name “Shannon” and flowers on it. He called police and told them no one named Shannon worked at the store.

In Round Rock, Texas, a man met a woman online and they decided to see the movie “Guardians of the Galaxy, Vol. 2”. However, the woman kept texting during the movie, and when the man suggested she go outside and text, she left and never came back. The Austin American-Statesman reports the man is now suing the woman for the price of the movie ticket—$17.31.

This girl does not like her shadow following her around.

If you can't view the below video, try https://youtu.be/HEPQUFPyhdI

In Salem, Virginia, one homeowner has found a way to keep bears out of the trash cans.

If you can' view the below video, try https://youtu.be/gxKVv1TY_7E

In Grand Isle, Louisiana, a teenager was fishing and made a humongous catch. He was able to reel in an 835-pound bluefin tuna. The Pensacola News Journal reports the bluefin measured a massive 86 inches in girth. 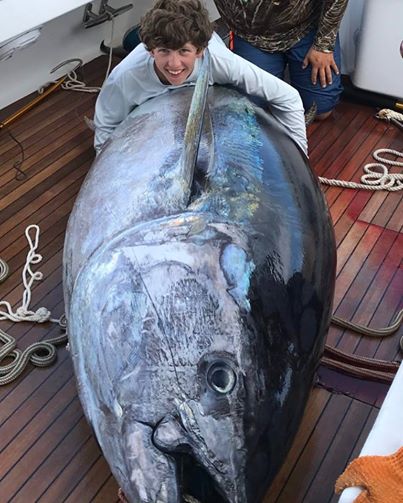