In Oklahoma City, Oklahoma, a woman was seen scooping lettuce out of the salad bar with her hands at a pizza restaurant. Another woman told management, and an employee changed out the lettuce. When the woman again went and scooped lettuce out with her hands, the other woman told her not to do that, and the unsanitary woman punched the other woman in the face. The New York Daily News reports that she didn’t realize she was punching an off-duty police officer who was eating lunch with her children.

In New Smyrna Beach, Florida, a thief’s guilty conscience led him or her to return what was stolen—30 years later. Police received a sign saying New Smyrna Beach Says No to Drugs, along with a $50 money order. According to the Associated Press, an anonymous note suggested using the money to reinstall the sign, asked for forgiveness, and said the sign was stolen in the late 1980s during “a fit of youthful exuberance.”

In Stuart, Florida, a Sheriff’s deputy went to a business for an alarm. A Chevrolet truck was parked there, and a man approached the deputy, saying the battery to his truck died and he needed a jump start. The deputy relayed the truck’s tag to emergency dispatchers, who indicated the truck was reported stolen days earlier in Martin County. According to TCPALM.com, the man was arrested on a grand theft auto charge.

If you can't view the below video, try https://youtu.be/G39MxbFm2Sk

An Australian reporter has an uninvited guest before going live.

If you can't view the below video, try https://youtu.be/7rWKAzKMDPE

Can you spot the design flaw of this house? Hint: follow the driveway. 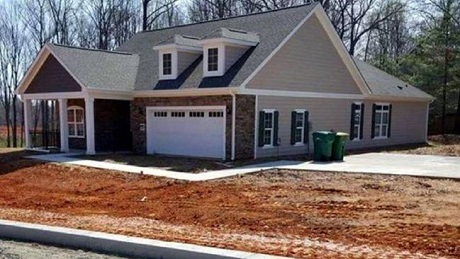