In Bukit Mertajam, Malaysia, a man attempted to steal about $7 worth of food from a local supermarket. According to news reports, when caught, the man confessed and said he was having a hard time feeding his three children after his wife went into a coma after childbirth. The manager of the store was so moved that instead of calling police, he offered the man money and a job offer.

In Denver, Colorado, a woman entered a taxi, threatened the driver with a knife, kicked him out and drove off with the vehicle. However, she had told him when she got in the vehicle she wanted to go to a particular 7-Eleven store. According to the local ABC News station, although the woman ditched the cab, she still walked to the store to which she had requested to go, and that’s where police arrested her.

In Franklin, Tennessee, police were notified of a chicken that had walked onto a road in the downtown area. They tweeted: “Officers are trying to wrangle a *chicken* in the downtown Franklin area. It’s crossed the road & we’re working to determine why.” The chicken was safely captured.

Near Cleveland, Ohio, police were called when a 74-year-old man rear-ended another car in a Panda Express drive-thru. Thinking he was impaired, officers asked him to recite the alphabet. The man told police he was unfamiliar with it.

A cute way to get your baby interested in eating green beans.

If you can't view the below video, try https://youtu.be/YC8dy7Cwq70

How far back could you go and still understand English?

If you can't view the below video, try https://youtu.be/8fxy6ZaMOq8

In Louisiana, Remember Beaker from The Muppets? Well apparently he’s been arrested for a church burglary. 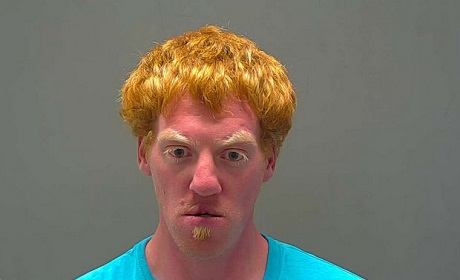 « Retirement Plan Fee Suit Against TIAA Has a New Angle