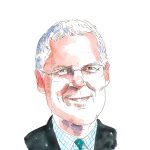 The most significant thing, for retirement savings policy, about the tax bill that President Donald Trump just signed into law is what didn’t happen. Congress did not “Rothify” 401(k) savings to fund the corporate tax cut.

That argument ignored the very substantial tax benefit that many participants enjoy from shifting their income from a current high-tax year, e.g., in mid-career, when they are at peak earning power, to a future low-tax year, e.g., in retirement.  Roth contributions only allow tax-advantaged income shifting the other way, from a current low-tax year (when, under Roth treatment, taxes are paid) to a future high-tax year (when, under Roth treatment, taxes aren’t paid).

There was widespread outrage over word that Congressional Republicans were considering Rothification, perhaps only allowing “regular” 401(k) treatment of the first $2,400 of 401(k) contributions. In response, President Trump tweeted “There will be NO change to your 401(k). This has always been a great and popular middle class tax break that works, and it stays!”

Along with President Trump, it was—interestingly—Democrats who led the charge in attacking this proposal, with Senate Minority Leader Chuck Schumer, D-New York, describing it as a “tax hike on middle-class retirement accounts.” Only a few years ago Democrats were decrying the 401(k) system as providing “upside down” incentives. Hopefully, after this experience, they will stay on our side.

This feature of 401(k) plans is under-studied and barely discussed. But I think—and the outcry over Rothification makes this obvious—participants, while they may not understand the theory, intuit its power.

My takeaway from this controversy—the 401(k) system is a lot more popular and has more political leverage than many of us thought.

Another big win for retirement savings is the reduction in the corporate tax rate. There was a time this summer when Senator Orrin Hatch, R-Utah, was considering a corporate tax system (corporate “integration”) in which corporate dividends would generally be fully deductible but subject to mandatory nonrefundable withholding. Under such a system, tax-exempt trusts—e.g., retirement plan trusts—would pay the tax that the corporation was no longer paying. Nothing like that happened in the final tax reform bill.

Instead, retirement plans (and other tax-exempt entities), which indirectly pay the corporate level income tax, got a massive tax cut. This translated into a run-up in stock prices and is likely to result in further capital appreciation and increased investment returns for retirement savers. Those gains increase the value of qualified plan tax treatment, because, in a tax-qualified plan, those gains are untaxed.

Again, participants (and, indeed, some experts) may not understand the theory here, but for 2017 they are looking at around a 20% return on their stockholdings, all of it untaxed. They are very happy with their 401(k)s. Indeed, it’s possible that if, e.g., U.S. equities lost 20% this year participants would not have been nearly as concerned about Rothification.

All of this is cause for much optimism about the current system.

The Senate now has two bills out of committee that will have to be reconciled with a companion House bill...
SPONSORED MESSAGE — SCROLL FOR MORE CONTENT