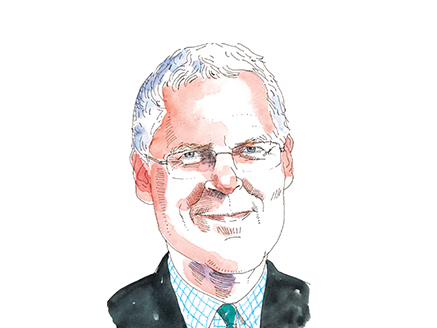 According to Department of Labor (DOL) Secretary Tom Perez, “social investing” no longer has “the cooties.” And DOL has issued an Interpretive Bulletin (IB 2015-1) proving it.

The IB itself is totally unobjectionable. It summarizes DOL’s view of ERISA’s prudence and exclusive purpose standards and then, in the payoff sentences, simply says:

“The fiduciary standards applicable to ETIs are no different than the standards applicable to plan investments generally. Therefore, if the above [ERISA’s prudence and exclusive purpose] requirements are met, the selection of an ETI, or the engaging in an investment course of action intended to result in the selection of ETIs, will not violate section 404(a)(1) (A) and (B) and the exclusive purpose requirements of section 403.”

For this purpose, ETIs are defined as: “investments selected for the economic benefits they create apart from their investment return to the employee benefit plan.”

The problem is the extended Preamble, in which DOL states that fiduciaries may consider “collateral benefits” (code for environmental, social and governance (aka ESG) issues) in “tie-breaker” situations.

What is the story about investment policy DOL is telling? Well, they’re actually telling two stories. First, DOL claims that prior DOL interpretations have discouraged plans from taking into account ESG factors that do influence risk and return: “Environmental, social, and governance issues may have a direct relationship to the economic value of the plan’s investment. In these instances, such issues are not merely collateral considerations or tie-breakers, but rather are proper components of the fiduciary’s primary analysis of the economic merits of competing investment choices.”

Nobody I know would disagree with that. And if prior interpretations were preventing some fiduciaries (ones I don’t know) from considering the effect of, say, politics on returns, then it's a good thing DOL is clarifying that issue.

But my question is about the other story DOL is telling. Specifically that ESG considerations may be used as “tie-breakers” where “the ETI has an expected rate of return that is commensurate to rates of return of alternative investments with similar risk characteristics that are available to the plan.” I love that word commensurate—it just sounds like it means something.

This is a subjective test, right? What could the notion of “expected” returns possibly mean here? Does it simply mean that the fiduciary, in his/her heart/mind expects “more just” companies to outperform “less just” companies? To quote Socrates—just what do you mean by “justice” here? Isn’t that a subjective notion? Does this have anything to do with the law?

The story I’ve always been told is that if you use criteria other than returns for your investment decisions you won’t get maximal returns. Is there another story about how to invest that anyone really believes?

Of course, all the stocks in the S&P 500 have competitive returns. It’s a very efficient market. So, theoretically, and ignoring the marginal impact of this decision, anyone could pick the 250 stocks that line up with their notion of justice and book perfectly, “expectedly” competitive returns. But if all $22 trillion in U.S. retirement savings were invested in just those 250 stocks, it would change their competitiveness — that is, the out-of-favor stocks would be an obviously better investment. The point being that marginal effects are marginal—kind of a basic economic concept. But you’re lying to yourself if you think buying only 250 stocks, selected based on a political bias, is the same as buying 500 without any such bias.

What’s really happening is that the power of capital, concentrated in retirement plans, is being used for political ends. Obviously. Does anyone not believe that is what is going on?

I actually don’t have a problem with that. I have no problem with someone, in his/her IRA for instance, choosing not to invest in, say, solar companies, simply because they hate solar companies and the whole anti-carbon movement. I probably wouldn’t even bother to tell them that they are, at the margin, compromising returns (or “expected returns,” as it were). Because the margin is pretty marginal. But let’s be clear: that is a political, not an “economic,” decision.

The real problem is when you use someone else’s money to advance your political agenda. Say, if you’re a trustee of a Taft-Harley plan and decide you want, for political reasons, to support Wal-Mart. You certainly can argue that the “expected returns” from that investment are competitive with other investments. But if you over-allocate to Wal-Mart, that’s really you using other people’s money to advance your political view. Wait a second; did I screw up that example? Maybe it would be better to say that you short Wal-Mart for political reasons. But, what if Wal-Mart all of a sudden changed its labor policies? Could you over-allocate to it then? This is kind of a mess.

Which is the freaking point! Why are you using other people’s capital to advance your view of the arc of history? I have no problem with this approach if you are, say, the Baptist Retirement Fund and don’t, as a matter of principle, want to invest in liquor companies or casinos. I would even say that that logic could extend to, say, a vegetarian food company not investing pension assets in meat packing plants.

But where a company/plan sponsor has no explicit ideological premise, shouldn’t you, the plan fiduciary, at least put your view of the arc of history to a vote of your participants? And maybe let dissenters opt out?

Thus the problem isn’t prudence—that standard (competitive “expected returns”), in this dimension at least, is so baggy almost anything would be permitted. The problem is exclusive purpose. Note to fiduciaries: this isn’t your money and you shouldn’t be using it to advance a personal agenda.

And why is it that we are only talking about “environmental” and “social justice” concerns? The preamble of this IB reads like some dorm room discussion of justice, uninformed by Socratic doubt. It’s assumed that all “ETIs” will be based on suspiciously politically correct notions of the “common good” (another phrase these people throw around). Why, exactly? Would it be OK for a pension plan to decide that national security is central to the common good and so overload its plan with defense company stock—which, by the way, is just as competitive (“expected returns”-wise) as your average solar panel company? And to short any company that does business with, say, Iran or China?

For 40 years we’ve managed to keep politics out of the U.S. retirement savings system. Is the world really going to end if fiduciaries simply invest in the S&P 500, without discriminating between companies that do business with Israel and those that don’t? Do we have drag all these incredibly divisive issues into this area as well?

Michael Barry is president of the Plan Advisory Services Group, a consulting group that helps financial services ­corporations with the regulatory issues facing their plan sponsor clients. He has 30 years’ experience in the benefits­ field, in law and consulting firms.

US SIF Offers Guide to Including Sustainable Investments in DC Plans

Along with practical tips and suggestions, the guide provides links to additional resources plan sponsors can leverage.

Ninety percent surveyed are interested in pursuing sustainable investments as part of their 401(k)s.
SPONSORED MESSAGE — SCROLL FOR MORE CONTENT

« A Peek at a Pre-Approved Cash Balance Plan Submission