Looking ahead after the start of the new year, partners at Groom Law Group and the Wagner Law Group weighed in on new Department of Labor (DOL) rules and potential litigation that plan sponsors should be aware of.

“The criticisms hit their mark, and the DOL subsequently eliminated all references to ESG factors in the final rule amending the investment duties regulation.” Berio LeBeau says. Thus, beginning January 12, plan fiduciaries must only consider pecuniary factors when considering ESG investments or other types of investments for a plan, she says. This is now a standard of conduct, not a safe harbor, she notes. “Benefit plan fiduciaries would be wise to review their methods for selecting investments and change them as needed to comply with the newly amended regulation,” she says.

Berio LeBeau says DOL investigators have begun to ask questions about cybersecurity issues in their investigations of retirement plans. “Recent cyber incidents with employee benefit plans have resulted in ongoing litigation, where service providers and sponsors are debating in court over their respective responsibilities,” she says. “Plan fiduciaries should consider a self-audit on cybersecurity issues in 2021.”

Plan sponsors also need to be aware that the Setting Every Community Up for Retirement Enhancement (SECURE) Act, starting with work performed this year, has created a new opportunity for part-time employees who work at least 500 hours in three consecutive years to be eligible for their employer-sponsored 401(k) plan, she adds. “Sponsors should ensure that their systems have been reprogrammed as necessary to comply with this new standard,” she says.

Small and mid-sized retirement plan sponsors should also keep an eye out on the developments of pooled employer plans (PEPs), Berio LeBeau says.

Also under the SECURE Act, starting last September 18, participant benefit statements needed to start disclosing potential lifetime income expectations. The DOL may also issue a rule on this, she says.

Finally, starting this summer, on July 27, retirement plan documents can be sent electronically, she says.

As far as litigation is concerned, the Supreme Court issued four Employee Retirement Income Security Act (ERISA) decisions last year, the most in a single year in the 45-year history of the statute, note Groom attorneys Lars Golumbic, William Delany and Samuel Levin. In addition, there were more than 2,000 ERISA class action lawsuits filed during the year, an 80% increase from 2019.

One of the Supreme Court cases concerned an employee stock ownership plan (ESOP), in which the participants alleged that the price of the company stock was inflated. The Supreme Court remanded the case back to the 2nd U.S. Circuit Court of Appeals for further consideration. However, this case, Retirement Plans Committee of IBM v. Jander “may provide a new road map for other plaintiffs to pursue claims against other ESOP fiduciaries holding public stock,” the Groom lawyers say.

In Intel Corp. Investment Policy Committee v. Sulyma, the court unanimously held that plaintiffs did not necessarily have actual knowledge of a violation sufficient to trigger a three-year statute of limitations. The lawyers say that with electronic disclosures imminent, it may be wise to require participants to acknowledge they have received and read disclosures.

In Thole v. U.S. Bank NA, the court held, in a 5-4 decision, that participants in a defined benefit (DB) plan could not sue over management of the investments because they were receiving the benefits to which they were entitled.

In Rutledge v. Pharmaceutical Care Management Association, the court unanimously held that ERISA did not preempt an Arkansas law regulating pharmacy benefit managers. This could open the door to more states regulating these managers, the lawyers say.

Last year also saw lawsuits being brought against plans with fewer than 1,000 participants and less than $100 million in assets. The themes of these cases included: not using the lowest cost share classes of funds, not offering enough index funds, offering underperforming funds or funds associated with the recordkeeper, paying for recordkeeping as a percentage of assets under management (AUM) rather than per participant, and not submitting requests for proposals (RFPs) to multiple recordkeepers.

The attorneys say they expect similar lawsuits to be brought this year.

A judge has rejected the defendants’ arguments that the same reasoning applied by two circuit courts in other cases should... 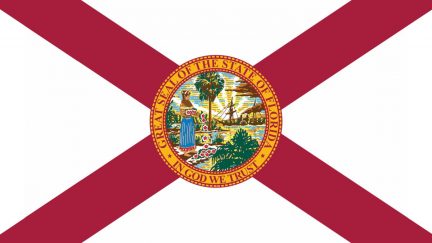 Governor moves to bar the State Board of Administration from adopting ESG-investing tenets.