The Setting Every Community Up for Retirement Enhancement (SECURE) Act moved the age for required minimum distributions (RMDs) from 70.5 to 72. Legislation introduced near the end of last year would move it further to age 75.

Proponents of increasing the RMD age argue, among other things, that it will help defined contribution (DC) plan participants keep money in their accounts and help them accumulate more. However, a research study from the Wharton School at the University of Pennsylvania finds that does not happen. The study suggests that increasing the RMD age only helps those participants who want to leave money for their heirs to do so.

Wharton School researchers compared the expected optimal outcomes for several different RMD rules: the RMD start age of 70.5, in effect before 2020; the new start age of 72 effective as of last year; an RMD start age of 75; and the elimination of RMDs for retirees with account values below $100,000, known as the progressive RMD approach.

For households with no bequest motive, the results show, delaying the RMD start age from 70.5 to 72 or 75, or even applying it only to accounts over $100,000, has little effect on expected lifecycle patterns, both during the work life and in retirement.

In addition, asset accumulation changed only slightly: Employees have on average $1,000 less in their DC plan accounts with RMD-75 rules, versus the other two ages. Individuals with no bequest motive do not build up more retirement savings under the progressive RMD rule. Overall, the researchers conclude that, for households lacking a bequest motive, none of the proposed RMD reforms makes retirement savings more attractive.

However, the researchers found individuals with a bequest motive tend to claim benefits from Social Security about 0.4 years later, work three hours more per week, accumulate about $30,000 more in DC plans and hold $5,000 more in nonqualified plans, for all of the RMD settings. The researchers say that for households with a bequest motive, the former RMD age of 70.5 rule was quite restrictive, since such a household would prefer to make fewer withdrawals and use their DC plans as a tool to transfer financial wealth to their heirs.

The researchers also found that delaying the RMD from age 70.5 to 72 or even age 75 changes the timing of tax payments, but it hardly affects overall tax payments over the remaining lifecycle. They say this is due to a “catch up” effect, where lower tax payments early on in retirement are offset by higher tax payments later, due to having higher DC plan values and larger taxable withdrawals. Under a progressive RMD, households intending to leave a bequest end up paying less tax over their lifetimes. The researchers say they use the $100,000 exemption limit to transfer wealth to the next generation without fear of penalty taxes, which leads to lower tax payments, especially for the wealthiest 1% of taxpayers.

“In sum, peoples’ behavior under alternative RMD rules will depend on the extent to which they desire to leave money to their heirs,” the researchers say. “This implies that financial institutions such as insurance companies and mutual funds offering retirement plans and investment advice would benefit from ascertaining their clients’ bequest intentions before advising them about RMD strategies. Our conclusions will also interest professional financial planners guiding clients as they make retirement payout choices. Moreover, our results can inform policymakers considering legislation to raise and/or eliminate the RMD policy for [DC] plan payouts.”

The research paper, “Do Required Minimum Distribution 401(k) Rules Matter, and For Whom? Insights from a Lifecycle Model,” may be downloaded from here. 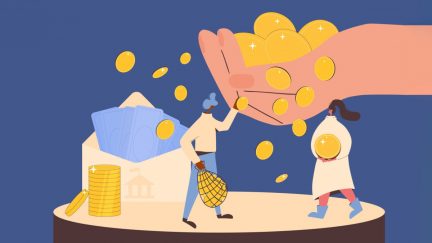 A change to how required minimum distributions are taken from 403(b) contracts might call for changing recordkeeping systems and dusting...

A survey finds a majority of retirees are using RMDs for ‘guidance’ about how to spend down their assets, but...

« Lifetime Income Illustrations for 403(b) Plans With Annuities