The DoL’s suggestions come as employers brace for the estimated $334 million to $895 million in direct payroll costs due to the sudden bonanza of 1.3 million low-income workers who would become overtime eligible this year. Among the options for employers: cut workers’ hourly wages and add the overtime to equal the original salary, raise salaries to the new $22,100 annual threshold, making them ineligible, or simply adhering to a 40-hour work week, according to an Associated Press report.

With the guidelines, the DoL has made the latest move in the chess match between the Bush administration and the labor unions in the president’s attempt to revise the 1938 Fair Labor Standards Act (FLSA).Bush’s proposed changes involved a comprehensive overhaul of the white-collar exemption tests used to determine whether an employee must be paid overtime or is exempt from the minimum wage and overtime requirements of FLSA. Currently, there are three tests for whether or not an employee is ineligible for overtime:

As the rules stand, any employee making more than $155 a week (about $8,000/year) could be excluded from overtime, if they had a salary and a job description that fell into certain categories.

The proposed regulations would have lifted the cutoff to $425 a week (about $22,100/year), a step that could add lower-wage workers to the ranks of people eligible for overtime and are expected to go into effect in March (See White House Proposes Overtime Rules Overhaul ).

The administration, along with the business community, argued the proposed changes are needed to update antiquated work rules.

However, nay-sayers, a group that includes labor unions, say the changes would unfairly strip workers of overtime protection and allow companies to make them work longer than a 40-hour week without additional compensation (See Report Claims Eight Million May Lose OT Pay ). Mark Wilson, a lawyer for the Communications Workers of America who specializes in overtime issues, said the Bush administration was protecting the interests of employers at the expense of workers.

“This plan speaks volumes about the real motives of this so-called family-friendly administration,” Wilson told the Associated Press.

Wilson says cu tting workers’ pay to avoid overtime is illegal, based on a 1945 Supreme Court ruling and a 1986 memo by the (DoL) under President Reagan. The DoL ‘s Wage and Hour Division administrator, Tammy McCutchendisagrees.

McCutchen says If changes were made week-to-week to avoid overtime, they would be illegal. A one-time change is not. “We had a lot of lawyers look at this rule. We would not have put that in there if we thought it was illegal,” she told the Associated Press.

“Unless you have a contract, there is no legal rule … prohibiting an employer from either raising your salary or cutting your salary,” she said, adding, “We do not anticipate employers will cut people’s pay.” 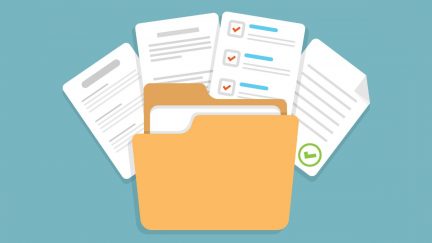