Eighty-one percent say that the Pension Benefit Guaranty Corporation (PBGC) premium increase from $12 per participant in 2014 to $26 in 2015 will be somewhat, very or extremely impactful. The law also allows deeply troubled multiemployer plans to temporarily or permanently suspend current and future benefits, and allows the PBGC to facilitate multiemployer plan mergers and to order and finance plan partitions.

Ninety-two percent of multiemployer plans have been closely monitoring the law, 96% have begun discussions on the potential impact, and 88% say they have a good understanding of the MPRA provisions.

Among the funds responding to the survey, 63% are in the green safe zone—but 37% are in potential trouble, with 16% in the endangered yellow zone, 1% in the seriously endangered orange zone, 14% in the critical status red zone and 6% in the critical and declining status zone.

MPRA permits funds in the critical and declining status zone to temporarily or permanently reduce current and future benefits. The International Foundation of Employee Benefit Plans survey found that 3% of multiemployer plans are interested in applying for this action. Another 5% are considering merging with better-funded plans, and 2% are thinking about adopting flexible tools to address funding challenges.

“Half of funds report that they have received questions from their participants expressing concern about the law,” says Julie Stich, director of research at the International Foundation of Employee Benefit Plans. “Going forward, plan sponsors will be closely watching the developments surrounding MPRA and continually evaluating their plan to ensure the best interests of their plan participants.”

The full results of International Foundation of Employee Benefit Plans’ survey of multiemployer plans can be viewed here. 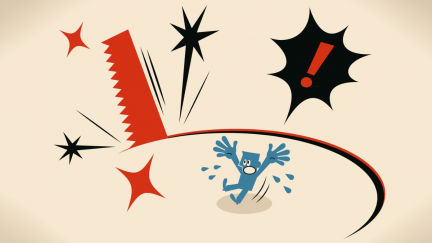