The U.S. Securities and Exchange commission has published a report presenting the results of user testing of its mock Customer Relationship Summary form.

By way of background, the SEC’s Regulation Best Interest proposal requires both advisers (who are fiduciaries and will remain fiduciaries under the current and proposed SEC rules) and broker/dealers (who are not necessarily fiduciaries) to provide all retail investors with a standard disclosure document. This document has been dubbed the “Customer Relationship Summary,” or “Form CRS” for short. As stipulated in the draft regulations, the CRS is “to be less than four pages in length, highlighting the scope of services offered, legal and regulatory standards that apply, all fees the investor will pay, and disclosing conflicts of interest.”

The SEC’s Office of the Investor Advocate engaged the RAND Corporation to gather feedback on a sample relationship summary, which is included in full in the new report in Appendix 1. As SEC explains, in particular, RAND researchers designed and fielded a survey through their nationally representative American Life Panel (ALP) to “collect information on the opinions, preferences, attitudes, and level of self-assessed comprehension of the U.S. adult population with regard to a sample relationship summary.” As a complement to the survey, the RAND team conducted qualitative interviews to obtain further insights related to the reasoning and beliefs behind individuals’ attitudes toward the sample Customer Relationship Summary.

How RAND generated these results

In addition, the respondent could click on a hyperlink at any time while completing the survey to open up a copy of the entire relationship summary for further review. Respondents were then asked to provide their opinions and to self-assess their level of comprehension of the form.

The survey questions specifically asked for opinions about the length, importance, and ease of understanding of each section of the Customer Relationship Summary—i.e., the six sections describing relationships and services, obligations, fees and costs, conflicts of interest, additional information, and questions to ask. Respondents were then asked to express their preferences on the format and delivery of the mock Form CRS, such as the question-and-answer format, side-by-side comparison, links to web pages, and the mode and timing of delivery. Finally, RAND asked about respondents’ comfort level with and likelihood of asking key questions; about their likelihood of looking up disciplinary history; and for any other opinions about the usefulness of the Relationship Summary, including in direct comparison to longer documents, such as an investment adviser’s Form ADV or a broker/dealer’s account opening agreement.

One of the over-arching findings running throughout the analysis is that responses often varied, at least in a small degree, depending on the stated level of investing experience for a given respondent or group. The research further points to variations based on whether the respondents’ are currently working with a professional financial adviser.

Important to note, the survey questions asked about how informative each section is in its current form. Therefore, SEC says, this assessment may not capture how informative a section on this topic could be if it were presented differently. Furthermore, according to the report, a section may be helpful for making a decision without being perceived as informative per se, such as the “Key Questions to Ask” section, which asks questions intended to help the client acquire information from the financial professional rather than directly from the text of the section.

RAND researchers point out that opinions about section length and difficulty tend to be correlated across sections. For example, those who report that one section should be shortened or deleted tended to report that other sections should be shortened or deleted, and those who found one section to be difficult tended to find other sections to be difficult as well.

Other findings in the extensive report show significant majorities of more than 80% agree with the statement that the sample CRS would help them compare different accounts offered by the same firm, to compare accounts offered by different firms, and to make more informed decisions about which types of accounts and services are right for their needs. According to the report, comparable majorities arise for each and every investor and education subgroup analyzed. The lowest levels of support, yet still more than 77% affirmative, arise for noninvestors and for those with a high school diploma or less education regarding help to compare accounts offered by different firms.

Only a few percent of each subgroup analyzed disagreed or strongly disagreed with the statement that the “Customer Relationship Summary would help me understand the key terms and conflicts of interest that apply to the relationship with the investment professional.” The same goes for the statement, “I would use the Relationship Summary as the basis for a conversation with an investment professional.”

In the conclusions chapter of the report, SEC says respondents expressed generally positive assessments of the format and content of the Customer Relationship Summary. Notably, a majority of respondents reported that the CRS was too long, but in the section-by-section questioning, the most common response was to keep the section length as is.

Other sources of insight

This is not the first Customer Relationship Summary form user testing research to be released. In September, noting they believe a more viable customer relationship summary (CRS) form could be developed by the SEC as part of its Regulation Best Interest proposal, a group of retiree and investor advocacy organizations published a user-testing report calling the draft CRS form misleading and unhelpful. The group of advocacy organizations behind the report include AARP, CFA, the Financial Planning Coalition Partners CFP Board, the Financial Planning Association (FPA) and National Association of Personal Financial Advisors (NAPFA). 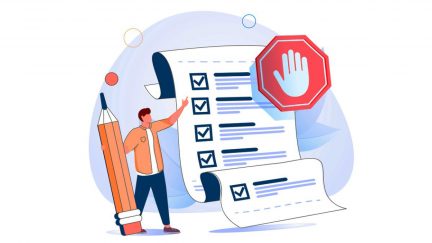 The SEC is sending a stern reminder to broker/dealers to better follow new Regulation Best Interest standard, intended to mitigate... 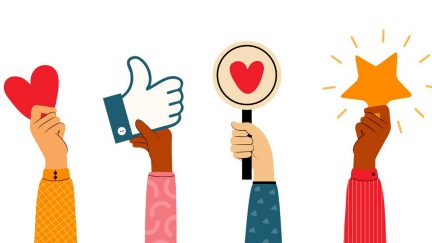 The SEC Might Mandate Swing Pricing for Most Funds

The comment period for the proposal is open until February 4 and would require a hard close, swing pricing and...

In response to the DOL’s November final rule permitting the consideration of ESG in retirement plans, Senator Mike Braun and...
SPONSORED MESSAGE — SCROLL FOR MORE CONTENT