Various sectors of the U.S. economy are facing consolidation pressures, but the financial services industry, in particular, is seeing a record amount of merger and acquisition (M&A) activity.

Underscoring the aggressive activities of serial and strategic acquirers in the adviser space, 54% of 2019 RIA transactions were completed by the 10 most active firms—some of them leaders in the 401(k) and 403(b) markets. Among the deals inked so far in 2020 by RIAs are CAPTRUST’s acquisition of Fountain Financial Associates and the union of DiMeo Schneider & Associates LLC and Fiduciary Investment Advisors LLC. The first quarter has also seen the purchase of Resources Investment Advisors by OneDigital.

While substantial in their own right, the adviser-focused deals were dwarfed by another early 2020 transaction involving two large asset managers—the acquisition of Legg Mason by Franklin Templeton. According to the firms, the acquisition of Legg Mason and its multiple investment affiliates, which collectively manage more than $806 billion in assets as of January 31, will establish Franklin Templeton as one of the world’s largest independent, specialized global investment managers with a combined $1.5 trillion in assets under management (AUM).

Though 2020 has so far been quiet on the recordkeeper side of the business, analysts agree that aggregation will continue in this area as well, after last year saw Principal’s acquisition of Wells Fargo’s retirement plan business, as well as the decision by PCS to acquire Aspire. Notably, the primary reason for recordkeeper consolidation is that recordkeeping is not a big money-making business on its own, especially now that competitive pressures and technology developments have driven fees so low. Some providers want to get out of the business entirely, some want to create scale to serve greater numbers of clients, and others want to move up market to serve larger plans. There is also the possibility that some smaller recordkeepers could issue an initial public offering (IPO) instead of being acquired in coming years.

On the brokerage side, news emerged just last week that Morgan Stanley would purchase E*TRADE Financial Corp. in an all-stock transaction valued at approximately $13 billion. That deal comes after the Charles Schwab Corp. and TD Ameritrade Holding Corp., back in November, announced their own entrance into a definitive agreement for Schwab to acquire TD Ameritrade in an all-stock transaction valued at $26 billion.

Asked what the widespread financial services industry consolidation may ultimately mean for retirement plan sponsors and participants, Rob Foregger, co-founder of NextCapital, says certain things are clear, while other potential outcomes remain unknown. For starters, he expects the Morgan Stanley acquisition of E*TRADE to have an outsized influence on the broader financial service industry relative to the comparatively modest dollar figure nailed to the deal.

“It is a very important development for the industry to see a very ‘high end’ brand like a Morgan Stanley make such a dramatic strategic shift and make a statement that they want to be a contender in the mass market,” Foregger explains. “Stepping back, digital transformation and consolidation is occurring around the entire financial services industry, and that is a big deal for institutional and retail investors alike.”

For his part, Foregger is not at this stage raising anti-trust concerns or assuming that the substantial consolidation activity anticipated in coming years will lead to higher fees or worse treatment for consumers. Echoing other sources, he predicts that even a small and shrinking pool of financial services providers will continue to compete aggressively on fees and services—but eventually there may be real anti-trust concerns that slow the pace of future deals.

Transamerica is the latest retirement plan services provider to add emergency savings accounts to its stable of solutions, highlighting the...

The company says it wants to help people achieve both short- and long-term financial goals, and the name change from... 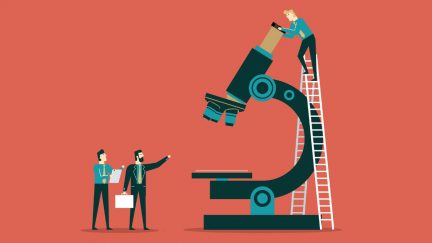 Experts discussed what to evaluate when benchmarking recordkeepers, the differences between an RFI and an RFP and what to ask...
SPONSORED MESSAGE — SCROLL FOR MORE CONTENT