Most working people expect their retirement plans to fund a significant portion of their income in retirement. One possible goal of plan design could be to maximize the likelihood that the plan participants will attain their desired lifestyle when that time comes.

Even with such a plan design, however, no one would expect a plan sponsor to try to override the participant’s judgment as to what that lifestyle should be. A corollary to that perspective could be that, in the context of a participant-directed plan, the sponsor may ultimately decide it’s up to participants to decide how much exposure to risk/volatility they wish to take on. The extent to which sponsors try to educate or otherwise help participants in making investment decisions under the plan varies widely in the market. On the other hand, in the case of defined benefit (DB) plans—and other plans not involving investment direction by participants—overall investment strategies are largely conservative and long-term in their orientation.

In all cases, though, plan fiduciaries in carrying out their fiduciary duties are responsible for acting prudently, with an “eye single” to the benefit of plan participants and beneficiaries. The federal legal rules tend to take a deferential approach to the regulation of fiduciary activity—effectively, second guessing of the decisions of unconflicted fiduciaries who have then reviewed the appropriate considerations and acquired adequate expertise.

Thus, establishing and documenting prudent methodologies to make all major decisions—i.e., showing a focus on only the economic interests of the plan participants—can be a key to how one carries out fiduciary duties. In many situations, it will arguably be the case that fiduciaries will be viewed as have acted and behaved prudently if the methodologies and procedures have been prudent.

For example, has the plan sponsor even considered whether the responsible plan fiduciaries have the required skill sets for making appropriate decisions about choosing and overseeing investments—including choosing any outside investment advisers—choosing, selecting and overseeing recordkeepers, etc.? If not, then any breaches of prudence and loyalty down the line, and the outcomes that result, could lead to cascading and interdependent liability.

Sometimes, one may need to look below the surface. Does a baseball player’s brand-new glove prove the player has the tools to be a good fielder? Is the training and education adequate? Is the game plan adequate if those responsible to execute it lack the skill sets to play or, as applicable, assess and manage those who do? Often, there can be multiple layers of causation when something that had seemed shiny and polished develops cracks, as the coats of paint peel away.

When a fiduciary’s decisionmaking is reviewed, it will be reviewed to ensure that only the economic interests of plan participants have been considered in assessing the relative positives and negatives of any particular way forward, viewed against the backdrop of the options available to the fiduciary. When too many poor outcomes materialize from the final decisions and choices, there can be an understandable focus on the applicable decisionmaking process. Essentially, bad results can make participants suspect the process and wonder whether a breach of fiduciary duty has occurred.

The plaintiffs will essentially have the burden of reverse engineering the outcomes—retracing steps back through considerations of the pros and cons of any given or possible path and the methodologies surrounding those considerations. It is important to note that all breaches of fiduciary duty do not produce quantifiable or easily quantifiable economic damages, but that doesn’t mean that those breaches have not occurred.

Some of the most high-profile Employee Retirement Income Security Act (ERISA) cases have involved little or no ultimate damages. The idea is to do things right process-wise, and to increase the likelihood that things will go well—and that, if they don’t, the fiduciary has good and powerful defenses to liability. The way to protect against such risks is to focus on process and care.

Returning to the baseball metaphor, a fielder can make an error in an inning where no runs were scored, but it still is as an error. Maybe the error results in more work for the pitcher, eventually making the team lose its edge, or otherwise subtly changes the course of the game. Events can be connected in indirect ways, and there can be a veritable wave of consequences—a “butterfly effect”—emanating from any particular misstep. At a minimum, though, maybe the error should at least clue people in to the fact that another error, which may let runs score, is indeed more likely to happen.

The effect of mistakes should not be discounted just because they lead to other events, the effects of which cannot be quantified in isolation. Courts have generally focused on the processes used at every step, and, assuming no actual conflict of interest, the  court may well be unwilling to allow a claim to continue where proper processes and methodologies are in place.

It seems pretty clear that a plaintiff will always have the burden of proving that a breach has occurred and there has been a loss. The law may be less clear when it comes to having the burden of tying the breach to a loss. When the focus is on outcomes instead of methodology, the fiduciaries are put in the arguably unfair position of being second-guessed for actual investment outcomes, rather than for a breach of fiduciary duty.

In effect, when the focus is on outcome, it is almost as though the loss itself shifts the burden of proof to the fiduciary to show that it behaved prudently. Such an approach seems patently wrong and flatly inconsistent with ERISA’s regulatory scheme. Where plan sponsors and fiduciaries focus on avoiding conflicts and proper expertise of responsible plan fiduciaries, together with pursuing prudent processes and methodologies, they will have put themselves in a better position to resist litigation successfully.

Prudence and loyalty, the twin pillars of fiduciary duty, are evidenced by the fiduciary’s behaviors, choices and methodologies, not by outcome. Where those responsible for the plan have kept their eyes on the ball, potential plaintiffs will have a difficult hurdle to overcome.

Neal Shikes is a chartered retirement planning counselor (CRPC), “The Trusted Fiduciary” and principal associate for Thornapple Associates, a provider of expert witness services. Andrew L. Oringer is co-chair of the ERISA and executive compensation group at Dechert LLP and leads the firm’s national fiduciary practice. The authors gratefully acknowledge the assistance of Lany L. Villalobos, an associate at Dechert LLP, in the preparation of this article.

This feature is to provide general information only, does not constitute legal or tax advice, and cannot be used or substituted for legal or tax advice. Any opinions of the authors do not necessarily reflect the stance of Institutional Shareholder Service (ISS) or its affiliates. 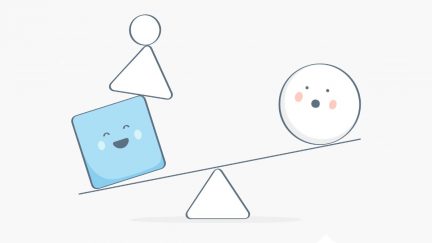 As desire for sustainable investments increases, retirement plan sponsors are still cautious about offering ESG funds while regulatory guidance is...

Barry’s Pickings: An Opportunity for the Court to Bring Clarity on ERISA Fiduciary Rules

« Retirement Confidence Up, But Concerns Remain