In Lafayette, Indiana, a young boy called 911 and told the dispatcher he had a bad day at school. Talking to the boy, the dispatcher realized he was just having trouble with dealing with fractions in his math homework. She helped him solve a problem; the boy thanked her and apologized for calling 911.

In Tuscon, Arizona, a man probably never thought that watching the TV show “The Office” would one day help him save a life. The man found a woman locked in her car, not breathing. According to The Arizona Daily Star, he broke into the car, and even though he doesn’t have any emergency training, he thought of the episode of The Office where Steve Carell’s character does CPR to the tune of the Bee Gees’ song “Stayin’ Alive.” The news report said the song has the correct tempo for chest compressions. Within a minute, the woman was breathing.

In New Canaan, Connecticut, police found a 50-year-old woman sitting in a car at an intersection with her eyes closed. They say they detected an odor of vanilla on her breath, her speech was slurred and she was unable to answer basic questions. They found several bottles of pure vanilla extract inside her vehicle. Hearst Connecticut Media reports that vanilla extract contains a significant amount of alcohol, and the woman was arrested after failing field sobriety tests.
In Fort Lee, New Jersey, a 20-month-old boy got stuck inside a toy―which was a box designed to teach shapes. The boy’s mother found it comical, but had to call 911 after realizing she couldn’t get him out. Sergeant Rick Hernandez, the officer who responded to the call, told MyHighPlains.com, “It was a priceless expression on his face.” 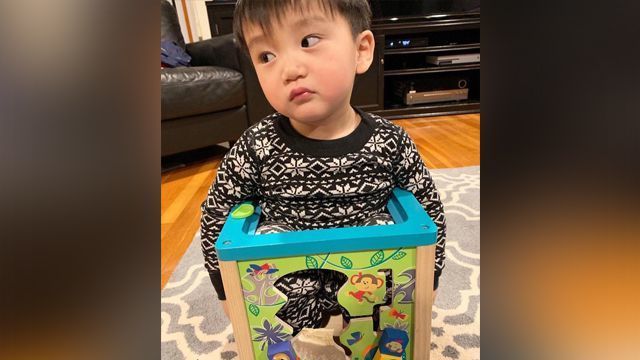 On the Massachusetts Turnpike, a man and an SUV driver were involved in a fender-bender. They got out of their vehicles to exchange information, then got into an argument. The SUV driver started to drive away when the other man jumped on his hood. The SUV traveled a 3-mile stretch at up to 70 miles an hour before other motorists convinced the driver to stop the car, ABC News reported. Both men have been given criminal charges.

If you can't view the below video, try https://youtu.be/rmSWmrlCrBg.