In Slidell, Louisiana, a Taco Bell ran out of hard and soft taco shells. One customer was so irate, the customer called police to report it. According to the Huffington Post, in a Facebook post, the Slidell Police Department agreed that the lack of taco shells was “truly a travesty,” but said the offense wasn’t under its jurisdiction.

In Pasadena, Texas, a woman ordered a cake for her daughter’s graduation from her local Walmart. However, when she went to the store to pick up the cake, she found the bakery had lost the order and didn’t have anything ready. A store manager told the mother to choose any cake from the ones that were ready to go. The bakers then added a cap-and-gown photo of her daughter on the cake and the mother brought it to the graduation party. Then, when it came time to cut the cake, she realized it was made of Styrofoam. The Huffington Post reports that a Walmart manager offered the mother a $60 gift card, a free additional cake and another gift card, but her sister said in a Facebook post that the offer “can’t make up for the embarrassment and humiliation she went through with family and school friends there.”
In Moorpark, California, a truck driver has been arrested after authorities spotted a phony license plate on his rig. How could they tell? See for yourself. 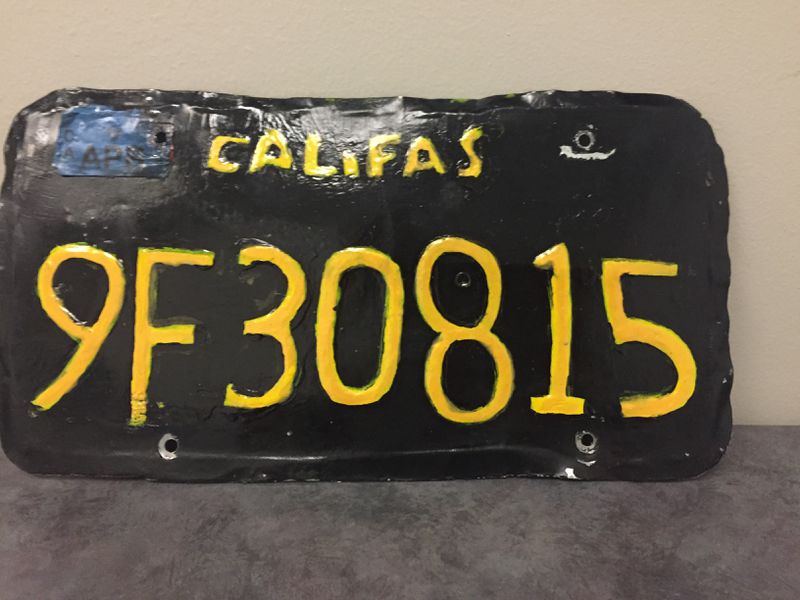 If you can't view the below video, try https://youtu.be/Lx28Oy-sJNA.
Floaties may make it easier to swim—but not to do much else.

If you can't view the below video, try https://youtu.be/mdiDu3NP9Q8.