In Gibsonton, Florida, police were called to a Walmart store where they found a man blocking the liquor store entrance with his golf cart. The Tampa Bay Times reports he was demanding to speak to a manager. As deputies spoke to the man, he suddenly drove toward the store’s main entrance. He raced toward the checkout area, hitting several customers. He was jailed on multiple charges, including aggravated battery.

In Humboldt County, California, a Sheriff’s deputy was racing to the scene of a reported overdose, when a bear fell from an embankment onto the hood of his car. Caltrans, the state highway department, said via Facebook that the patrol car struck an embankment, rolled over and caught fire. The flames then spread to nearby vegetation. The Sheriff’s deputy wasn’t injured.
In Henrico County, Virginia, many residents have been visited by a strange person wearing a television set on their head who has been leaving vintage TVs on their porches. At least 60 people have been subjected to the bizarre antics, which witnesses say are being done by a guy dressed in a jumpsuit with a TV for a head, according to local station WTVR. Police officers picked up most of the TVs already so that citizens wouldn’t have to waste time or money dropping off the orphaned TVs at the dump. 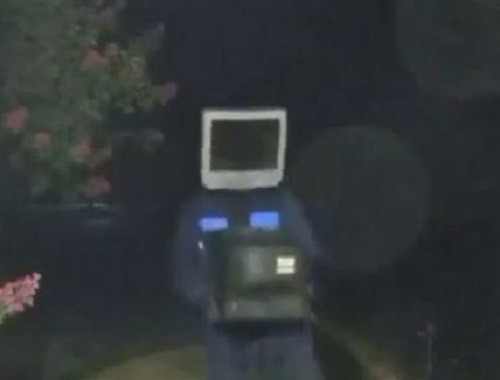 I was just resting my eyes. Really.

If you can't view the below video, try https://youtu.be/7Aa1y6Py6s0.
There’s so many more uses for that pool noodle than you know.

If you can't view the below video, try https://youtu.be/IQM4TOoptZk.